Bestselling author Tatjana Soli sets forth an ambitious and harrowing tale in her new novel. 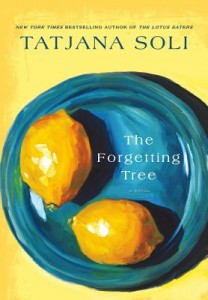 Bestselling author Tatjana Soli sets forth an ambitious and harrowing tale in her new novel, The Forgetting Tree (St. Martin’s Press). The prologue hints that a sense-provoking read awaits, and the novel delivers just that. It’s rich with the thoughtful prose that Soli became known for in The Lotus Eaters. The narrative at times feels allegorical, submerging her reader into a dreamlike realm where reason comes second to matters of the heart. Soli acknowledges a heavy debt to Jean Rhys’s novel Wide Sargasso Sea, which she references often. Indeed, Rhys’s book provides a greater understanding of the dark undercurrents Soli evokes.

Claire Nagy, a naïve but tenacious woman, marries an idealistic young citrus farmer named Forster Baumsarg. Together they manage the family’s large plantation in Southern California. The novel opens with the death of their ten-year-old son, told in slow and careful detail, masterfully portrayed so that it lingers long after the book ends. This tragedy is but one in a long series of struggles; Claire faces hardships in Job-like proportions, perhaps the most daunting her relationship with Minna, a hired caretaker. Minna comes from a troubled world—Haiti—and the perplexing influence of her home country—perhaps not always benign—as she cares for Claire through chemotherapy for breast cancer. The novel raises the difficult question of how (if) a family fractured by grief can continue to trust and love in spite of devastating circumstances. Soli plays the two poles off one another: Claire’s estranged family, and the damaged Minna, whose intentions remain impenetrable. 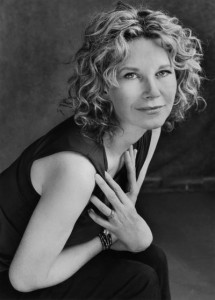 As in The Lotus Eaters, Soli does not shy away from difficult questions, but stands her characters against hardship again and again, wringing every ounce of strength. Lives unfold and intertwine in beautiful yet disturbing ways. An act that appears at first deeply kind next proves nothing short of sinister. Though at times the novel feels worrisome and disconnected, like a puzzle fraught with loose pieces, the book’s portrayal of the relationship between the powerful and the powerless, as well as how quickly those positions can change, is chilling. The heart is deceitful above all things, but in The Forgetting Tree the struggle brings understanding, even love, however hard to swallow.