"One of Boyles’s greatest achievements is her ability to uncover the motivations and reasons behind this long history of climate disaster."

"Site Fidelity is a delight to read at the sentence and individual story scale, but it truly becomes a marvel when viewed as a collection." Michael Welch reviews Claire Boyles's debut story collection, out soon from W.W. Norton.

Despite its urgency, the current climate crisis remains a difficult topic to cover in short fiction. As an existential threat that now permeates every aspect of life, it can be difficult to capture the true scope and history of the damage climate change has caused in a form that typically operates as a snapshot in time, an intimate and contained look at an individual character. Because of this, many readers may be most familiar with fiction that centers on climate disaster, implicating a sci-fi, distant future and not, in fact, our current reality. But if we are to begin to reckon with the full weight of our situation, we need writing that takes a full swing at exploring how we’ve reached this moment. Claire Boyles’s debut short story collection, Site Fidelity (W.W. Norton), tackles this challenging topic head on, interweaving entire histories of the American west ecosystem, the animals that call it home, and the families who have come to love and destroy it. 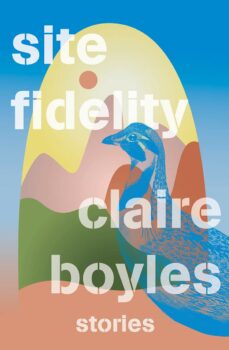 Claire Boyles carries on the rich tradition of writers such as Annie Proulx and Pam Houston, whose fiction emerges from the sweeping western landscapes. Set across the backdrops of rural Nevada and Colorado, the stories in Site Fidelity are intimate and quiet, with many unfolding through internal character developments and striking, poetic glimpses of a world in flux. In the collection’s opening story, “Ledgers,” an ornithologist attempts to care for her ailing father while tracking and monitoring a flock of endangered Gunnison sage grouse across the family ranch that they recently sold to a local cattleman. The grouse return to their exact mating spot year after year, even as increasing development makes the land untenable and their numbers steadily dwindle, creating a sense that everyone in this story sit on the precipice of irrevocable change. And while Boyles offers a moment of cathartic action as the narrator dumps the cattleman’s diesel cans to keep him from harming the lands where the sage grouse breed, the greatest pleasure comes from digging into the layers of chronic tension she weaves into her work. “Ledgers” forces its characters and readers to confront difficult contradictions, as it exposes the fraught relationship between conservation and land use, ownership and a deeply-rooted distrust of government interference, and the desire to save something—whether human or aviary—while also knowing it has become the last of its kind.

There is a tendency when reading or writing about the natural world to view it primarily in a metaphorical sense, as only a tool to understand our own internal selves. And while it is possible to take away a deeper understanding about care and loss of a loved one by comparing the Gunnison sage grouse to the narrator’s dying father in “Ledgers,” Boyles doesn’t stop there. Instead, she uses her settings in their fullest form. Place in Site Fidelity operates as both a noun and a verb, an active participant that is just as likely to leave its mark on the characters as they are to it; it’s metaphor, yes, but it’s also the hero, antagonist, and victim. Place is the history, culture, and way of life that grounds these characters and make their stories possible. In “Alto Cumulus Standing Lenticulars,” which follows a homesick mother who gives birth to her fourth child in the remains of a long-deserted mining town, Boyles pinpoints the ways place can bind and unbind us, as she writes “it was possible, Ruth thought, that being from nowhere might somehow allow this baby to belong everywhere, to call anywhere home.”

Site Fidelity is a delight to read at the sentence and individual story scale, but it truly becomes a marvel when viewed as a collection. Set between the early 1970s and the near future, each story presents a specific moment in time that, when placed into context with those that accompany it, present a history of man-made abuse that highlights how we have arrived at our current climate crisis. The collection is anchored by a series of linked stories, which follow three sisters as they navigate familial, economic, and environmental fault lines. In “Early Warning Systems” and “Sister Agnes Mary in the Spring of 2012,” siblings Mano and Sister Agnes both take action to combat the threat of pollution, as Mano hangs up to a tree the bodies of fish killed by contamination from a nearby construction company and Sister Agnes locks herself to a piece of machinery to protest a new drill site near her school’s playground. Both instances feel like acts of great heroism and, unfortunately, great futility, as time and again we see the individual and the place they call home under attack from a force far out of their control: greed. 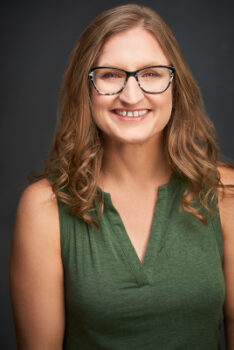 Ultimately, one of Boyles’s greatest achievements in this striking debut is her ability to uncover the motivations and reasons behind this long history of climate disaster, because beneath every fully-realized and unique character journey in Site Fidelity exists the common thread of capitalism and its manipulations. In stories such as “The Best Response to Fear,” which follows a husband and wife living in a closed sugar mill’s office building while trying to survive the lasting scars of an American recession, and “Man Camp,” in which a man is offered a job securing easements from property owners in the Bakken, readers can see the ways capitalism not only feeds upon the land, but also coerces us all to do the chewing. Boyles masterfully ties together these disparate lives—the rancher, the environmentalist, and the oil worker—into a single narrative of those who can love their home and make a modest living off of it, but rarely both at the same time or without a price. As the main character, Bobby, notes in “The Best Response to Fear,” “it took so much effort to do even simple things, to just exist. He wanted to bounce back, to believe in an inevitable recovery, but the world did not feel particularly elastic.”

Claire Boyles’s Site Fidelity is both an impressive debut and necessary addition to climate fiction. Her collection reads simultaneously like poetry and history, fiction and nonfiction. Her stories show us not only where we are and how we arrived here, but also—and perhaps most importantly—the moments where we could still divert to a brighter path forward it we’re willing to take it. But it is not enough to merely reflect upon the effect; we need to reckon with and fight against the cause. At the end of “Early Warning Systems” Boyles shows us just that, as she explains how Mano begins to paint pictures of trout to send to her local officials to convince them to take action, and though she gets few responses, “Mano kept writing, kept painting, kept offering chances.”