The stories in Kirsten Lunstrum's new collection, Swimming with Strangers, are smart, harrowing, dramatic, and quite often surprising. In one, the narrator describes the story of her own birth; in another, as the characters discuss fairy tales—one of the characters forces his students to read the Brothers Grimm in their brutal, original forms—the roles of witch and distressed damsel switch back and forth. While we could easily imagine stories like these in which thematic elements take over, Lunstrum keeps them at a low burble, focusing on the reality of these characters’ struggles. It is a very brave choice. 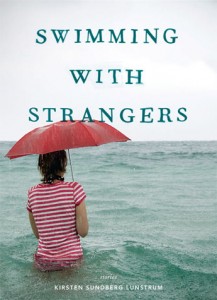 Surrendering to the Story

In a recent piece for the New York Times Book Review, Francine Prose took issue with the presumption that a story must have an epiphany. She writes:

Some years ago, I became involved in a spirited debate with an editor who was compiling a volume of essays on reading and writing, to which I had contributed a chapter. Apparently, I had forgotten to mention the most important rule of fiction: Every short story is required to have a moment of epiphany, a climax in which a character realizes, and is changed by, some transformative truth. I said I didn’t believe this was an actual rule. I offered to list dozens of masterpieces in which no one learns anything about anything, tales whose heroes are, at the end, not one iota more enlightened than they were at the beginning. I can’t recall how (or if) our disagreement was resolved, but the questions it raised stayed with me.

Prose goes on to point out that the collection in question—not the collection I am reviewing here, I might mention—had taken it to an unhealthy extreme, with each character getting his or her moment where the specific rules of Life that have been theretofore hidden are revealed in all their transformative and (often) destructive glory.

This is an important point: the difference between writing stories that make gestures we think stories are supposed to make and doing something else, something made without a formula, something we might call art. For me, this something else has to do with surrendering to the story, letting it determine everything from how long a particular scene or description lasts to the place and time of day in which I should write the story, revise it, whatever. For me, the only way past the analyzing-so-much-you-kill-what’s-cool phase is to let the story dictate its needs and boundaries. Every writer will articulate this something else differently, but, at some point, something changes in your writing regime—both practically and philosophically—which permits your stories to be weirder, more honest, more uniquely articulate. 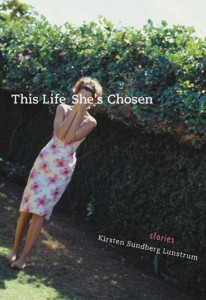 Having read Kirsten Sundberg Lunstrum’s first two books, one wonders if she went through a similar transformation. Her first collection, This Life She’s Chosen, falls prey to many of the same tics that Ms. Prose discusses in her review: the stories feel a bit too constructed, with each one receiving a turn wherein the main character or narrator has an epiphany which either alters their life drastically or else dramatically does not alter anything. In Ms. Lunstrum’s case, this epiphany usually has to do with the main character realizing that they share a great deal in common with someone they either pitied or reviled or both. For the writer, we can maybe label this batch of symptoms as First Book Syndrome; the effect it has on the reader, Poignancy Fatigue.

But somewhere in between Kirsten Lunstrum’s first book and her second, something happened.

The stories in her new collection, Swimming with Strangers, are smart, harrowing, dramatic, and quite often surprising. There are formal oddities, as well: in one, the narrator describes the story of her own birth; in another, as the characters discuss fairy tales—one of the characters is a professor forcing his students to read the Brothers Grimm in their brutal, original forms—the roles of witch and distressed damsel switch back and forth. While we could easily imagine stories like these in which thematic elements take over, Lunstrum keeps them at a low burble, focusing on the reality of these characters’ odd and terrible struggles. It is a very brave choice. 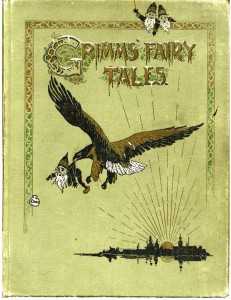 Many of the stories in this second book are longer, 25–30 pages instead of 15–20, allowing the author to show off many of her strengths, including atmosphere and an ear for enthralling descriptions. In Swimming with Strangers, Lunstrum writes believably about old folks as well as children, bringing an expert’s knowledge to stories concerning photography and professional plant nurseries, inhabiting these worlds in a way that both communicates information about them and also translates for outsiders the experience of living and finding meaning within them. These are strong and interesting stories told with an eye for detail and an encyclopedic knowledge of human nature. It’s heartening, for me as a writer, to see another writer have a breakthrough like Ms. Lunstrum’s, and I look forward to her continuing transformations. 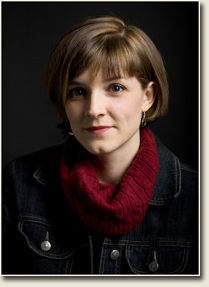