"Farizan’s raw and honest portrayal of sexuality in young-adult literature is both timely and important."

Lara Zielin calls Sara Farizan's new novel Tell Me Again How a Crush Should Feel "more than just a successful young-adult novel. It’s an intersection where a work of art meets a cultural shift at exactly the right moment."

Sara Farizan’s sophomore title, Tell Me Again How a Crush Should Feel (Algonquin), is a romance that bravely tackles complex issues such as sexuality and ethnicity, utilizing deceptively simple prose to keep the pages turning.

The protagonist, Iranian teenager Leila, falls hard and fast for the new girl at Armstead Academy. Leila struggles to come to terms with her crush, as well as her tangled thoughts about not just whether to come out to her friends, but how. In one eye-opening moment, after trying to hint to a friend that she might think a female teacher is hot, Leila wonders: “If the idea that I’m gay is so beyond the realm of possibility for someone as smart and sensitive as Tess, what would everyone else at Armstead make of this information?”

Her sexuality gets even more complicated when it comes to her family and her Iranian culture. An Iranian family friend was ousted from his family—shunned, for lack of a better term—and Leila fears the same if she reveals her true self to her family.

There’s plenty of relevant, weighty content in Farizan’s breezy prose. Such balance makes the novel a strong answer to #WeNeedDiverseBooks call that went out last summer addressing the lack of diversity in literature. The movement was spearheaded, initially, after New York’s inaugural BookCon announced an all-white author lineup. Author Ellen Oh rallied other writers and used the hashtag to drum up support for protagonists and writers showcasing underrepresented groups including lesbian, gay, bisexual, and transgendered minorities. 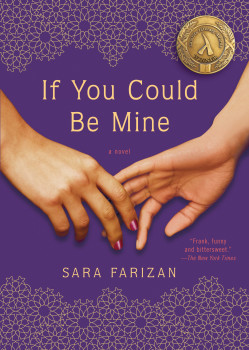 The movement built on social media, and was underscored by a University of Wisconsin-Madison study that showed how this issue went beyond a single book conference: according to the data, less than eight percent of children’s books in 2013 were penned by or about people of color. In contrast, nearly half of U.S. children hail from a minority background. To its credit, the BookCon organizers listened to Oh and others and offered a panel addressing diversity. Today, the #WeNeedDiverseBooks movement has burgeoned into a grassroots organization that has grabbed the ear of the publishing industry at nearly every level.

Farizan’s novel captures this cultural sea change, propelled in part by the success of her 2013 debut, If You Could Be Mine (Algonquin), which also featured a gay Iranian protagonist. The novel received glowing praise from reviewers and won numerous awards.

Farizan’s raw and honest portrayal of sexuality in young-adult literature is both timely and important, though for all its cultural relevance, Tell Me Again How a Crush Should Feel loses some of its power when the text gets too light, staying too close to the surface. For example, Leila tells readers that she’s a pariah in her school, an outcast from the popular group, and that coming out will just add to her freak status. But the reality seems to be that she has close friends, she’s beautiful (at least two characters tell her as much), her dad is a surgeon, and she attends an academy with supportive teachers. So what, precisely, erodes Leila’s self confidence throughout these pages—even to the point that she would fall for a shallow and ultimately unstable new addition to her elite school—remains a mystery. When another character asks Leila this question later in the book, Leila doesn’t herself seem to know.

Leila’s outsider status may well be self-imposed—a response to not knowing what to do with or about her sexuality. As such, Leila is a typical teen, feeling peer pressure acutely, creating walls readily. To her credit, Farizan didn’t write a book about a gay girl—she wrote a book about a teen girl with all the angst and insecurity that naturally comes with the territory. The book is also about experiencing love for the first time, about family, and ultimately about universal subjects to which nearly any reader can relate. 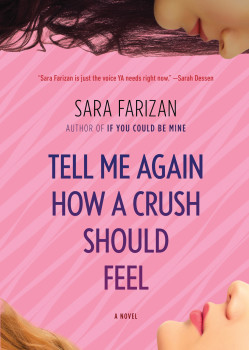 You don’t have to be gay to understand Leila, but you do want to understand her.  So it can be frustrating when Farizan doesn’t let us into Leila’s head enough. When Leila’s crush asks her to go to party after their play wraps up (it’s Twelfth Night, complete with gender confusion and cross dressing), Leila tells the object of her affection that, no, she can’t go to the party. The reader never completely understands why Leila turns down her crush. This is complicated three pages later when Leila asks her mom if she can please attend the get-together after all. Leila’s motives and her change of heart are perhaps representative of the complicated and often contradictory inner and emotional lives of teenagers. But not illuminating those convoluted thought patterns leaves the reader wanting more of Leila’s motives, more of what’s going on in her muddled mind.

Still, more often than not, and especially in its last third, the novel details precisely how a crush feels in all its messy, heart-wrenching glory. When it packs its most powerful punches, the book is more than just a successful young-adult novel. It’s an intersection where a work of art meets a cultural shift at exactly the right moment. The vanguards of such an occurrence include Upton Sinclair revealing to the public the horror food production in The Jungle, or Rachel Carson launching the environmental movement with Silent Spring. Because of these books, laws get passed. Attitudes shift. And eventually, the culture changes.

Such alterations in the landscape might not happen directly with Tell Me Again How a Crush Should Feel. They can’t, really, when character descriptions rely on “she’s attractive and dresses well,” and the breezy prose stays too light. But even with its flaws, this novel is certainly part of a cultural sea change. And even if it wasn’t, Leila’s emotional dilemmas will still resonate with anyone who’s made a questionable dating choice (and haven’t we all?) regardless of sexuality, resulting in a rocky emotional path. In the end, Leila’s bravery in facing her mistakes and her true identity is beautiful and triumphant. And the result is a timely and poignant novel.

Editor’s Note: Check out We Need Diverse Books and help support this organization’s important campaign, which is going on now until December 10th. 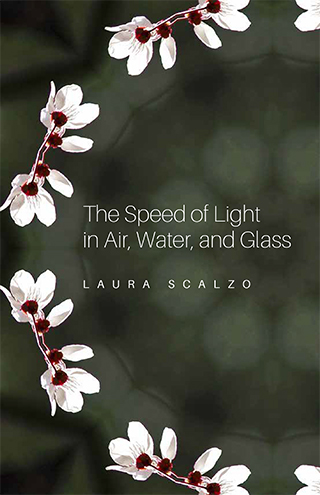 There’s a Lot to Know: An Interview with Laura Scalzo