The Art of Losing, by Rebecca Connell

The skill of disclosure is often at the heart of good fiction; never more so than in The Art of Losing, by Rebecca Connell, just out from Europa Editions. Contributor Sarah Van Arsdale explicates what makes this book work so well by looking at it alongside The Woman in White, by Wilkie Collins. 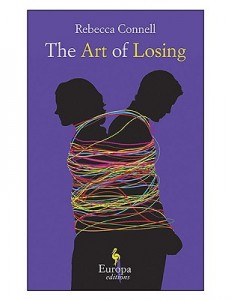 Writing a novel of any kind involves a necessary bit of deceit; the writer must know more than her audience, judiciously doling out breadcrumbs of information through the pages, so that the reader is led down the path to the ending at just the right pace, and with perfectly-placed detours and digressions. This requires a tremendous amount of control: drop a whole sack of breadcrumbs, and the element of surprise is lost and the novel is over before its time. Drop too few, and the reader will wander aimlessly, finally flinging the book down in frustration.

While every novelist needs to develop the skill of disclosure, no one works in the service of the plot as much as the writer of mystery or suspense. And author Rebecca Connell has mastered this ability to a degree that’s surprising given that The Art of Losing (Europa Editions, 2010) is her first novel. But this book does exactly what a good psychological mystery should do: it draws you into a tangled knot that gradually untangles as the pages turn, eventually leading a reader at the end to say “Of course! I knew it!” and yet still feel that delicious rush of surprise on closing the cover.

The book opens with a protagonist who seems to change her name, and soon we learn that the narrator is Louise, a college-age girl in 2007. For purposes that will become clear—don’t worry, I’m not going to ruin the surprise of revelation for you—she adopts the name Lydia at certain points in her story-telling, and when she does, she speaks of herself in the third person. It’s a device-y device, yes, but one I discovered is necessary to the story just as you, dear reader, will.

From the start, Louise/Lydia is following a nameless man. We’re eager to find out who he is, and why he’s of such interest to her.

These present-day chapters alternate with chapters from the point of view of a young man in the 1980s named Nicholas. Nicholas, an academic, is falling in love with another man’s wife. 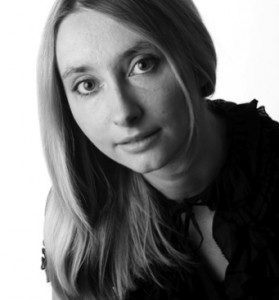 One of the elements that makes this book work so well is that the two stories—the past and the present—are equally engaging. Too often, when split narratives are set in different times and/or places, one is more captivating, so the reader rushes through the less-engaging chapters in order to hurry back to the “good” story—like an adolescent searching for the sexy bits in The Scarlet Letter. Yet here, both stories are high-wire acts of drama and tension, and both involve something of a mystery. Each chapter, whether set in the present day or the 1980s, ends on the edge of a question. Likewise, each subsequent chapter picks up with the narrative that will answer that time period’s question from the chapter before, so the two stories weave together in a herringbone of anticipation.

Mystery or otherwise, one of the tricks of writing compelling fiction is to put a deadline in place: the couple has been evicted and must move by the first; the girl is pregnant and must decide whether to have an abortion; the cat will die of starvation if the agoraphobic owner doesn’t go out to get food. With two stories playing off each other, the difficulty is doubled; you need to have that element of tension in each story, and each needs roughly the same level of tension. Think of a rowboat: if you’re applying more strength to one oar, you won’t go very far.

In The Art of Losing, this works partly because the two stories aren’t only engaging, their themes play off each other without seeming contrived. Louise/Lydia becomes involves with a young man who, in turn, has a vague involvement with another girl. Back in the past, Nicholas’s relationships with women grow increasingly complicated, so that soon the characters in both past and present are wading through the waters of jealousy, possession, and desire.

The story, in some ways, is simple and classic: the present-day Louise/Lydia is on a quest to understand events of her childhood. And who among us hasn’t been or isn’t now on that quest? Our childhoods pass in a misty time-before-time, and by the time we’re old enough—and conscious and curious enough—to question certain events, everything seems faded and vague, an old photograph that’s blurring before our eyes. This is the problem Louise/Lydia faces—she’s got to capture the information of the past before it slips from her permanently—and yet she has a critical need to understand what happened when she was young, where she came from, and, ultimately, who she is.

What fiction does, or can do in hands as sure as Connell’s, is to allow us to experience a universally human journey in extremis. It’s by making a psychologically necessary rite of passage slightly extreme that the reader can see it starkly, as if the thickets have been pulled back and the bright noon sun shines on the experience, throwing it into sharp relief. 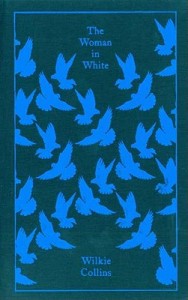 Speaking of contrasts, while I was reading Connell’s book I also happened to be reading the granddaddy of all mysteries: The Woman in White, by Wilkie Collins. Though that book was published a good hundred and fifty years earlier, I could see how Connell is something of a descendant of Collins, using techniques that were new in 1860 but that we’ve come to expect in today’s novels, even when they’re not explicitly mysteries: the cliff-hanging chapter endings, the reminders that Something Dreadful Is Going To Happen. But most of all, I got to thinking about how The Woman in White also gives us this psychologically necessary release of universal experience; like The Art of Losing, The Woman in White presents and explores questions about the human need to seek answers to identity.

Both books have a character on a quest; both have characters seeking answers to questions about their pasts, answers that will presumably change the course of their lives. Both give us characters who have a deep yearning to love and be loved. And The Woman in White is considered to be the first novel written from several points of view, a technique used to terrific effect by Connell.

And yet, one of the beauties of literature is that Connell may very well never have even heard of The Woman in White. It isn’t exactly required reading; it’s one of those lost classics that only the occasional reader stumbles upon when looking for a juicy 700-page Victorian novel to get through a long winter. But the questions that both books address are universal, and so echoes of The Woman in White could be heard reverberating through the pages of The Art of Losing—but so too could echoes of Agatha Christie or Alfred Hitchcock. 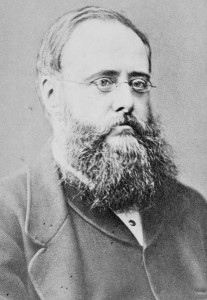 Or, for that matter, the Old Testament: the stories found there certainly have plenty of questions of parentage, sibling rivalry, identity, and obfuscation.

What makes these questions universal is something greater than just a curiosity about where we came from; it’s the fear that we’ll live our lives the wrong way, that at the end we’ll look back, horrified, to see that we should have taken the other path—in love, or work, or art.

A good novel doesn’t just deal with universal themes but acts as a funnel, taking the themes of love, or loss, or memory, or identity (all of which figure in both The Art of Losing and The Woman in White, and, come to think of it, in all literature) and then distilling them so that what comes out the narrow spout is the most basic of human dilemmas: that we’re mortal, and know it.

But because we’re human, we love a good story, and we can absorb the bigger questions about life only through the details of a story; we yearn to be engaged in the foibles and fancies of other people, to bear witness as they dance and creep and wobble and fall and finally triumph.

So it’s not enough to have big, weighty questions hanging over a novel. Another job of the writer is to take the big human story and whittle it down to individual size. In this way, we care about the characters so much that our concern for them eclipses—for the moments we’re in the pages—our concern for our own lives.

One way Connell does this is with vivid description, whether she’s writing about the present day, Louise/Lydia’s childhood memories, or the past that Louise/Lydia didn’t experience but is imagining for herself. For example, as she explores the memory of the girl’s childhood home “her heart constricts,” and

[s]he remembers sitting on the high front step in summer, swinging her legs and stroking their cat, stretched out purring beside her and baking in the heat. The warmth of its fur comes back to her, so strongly that her fingers start to tingle.

This lyricism simultaneously grounds us in the narrative as the language lifts off the page. Louise/Lydia will “slide through the crowd like mercury” in the first chapter, following the nameless man. A few pages later, she’s in a crowded nightclub, “following the twisting gaps and breaks between groups as if she is tracing the tangles of a densely knotted necklace.” Still later there is a breakfast table with “little china pots containing jewel-like pools of jam: ruby, topaz, amber.”

But most important for this book is that Connell has mastered the ability to get the reader to care deeply about the characters, especially Louise/Lydia. We not only want to know what happens next; by the book’s mid-point, we want desperately for the protagonists of each timeline to get what they’re after; we’re championing their causes as if they were our own.

And because The Art of Losing is at its heart a book of mystery and suspense, we’re nearly shouting at the character by the end of the novel, in the same way one shouts at the characters in a Hitchcock movie: No! Don’t do it! Wait! We do so with that delicious feeling of inevitable disaster, sure we know the ending that’s coming and can do nothing to prevent it, yet equally aware there’s always that sliver of chance. So we keep turning the pages as past and present close in on each other with the force of runaway trains, rushing to converge, equally eager and horrified to see the fiery crash.

Or, to see them pass each other safely in the end. I’m not telling. 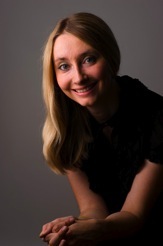