"His one story, events and details, is seen through the warping, colored, protective lens of memory."

"Remember, as you read this small book, generally and specifically about love, remember that suffering is, after all, the Latin root for passion": Ellen Prentiss Campbell on Julian Barnes's new novel.

Julian Barnes selects Samuel Johnson’s definition of the novel as the epigraph for The Only Story (Knopf): “A small tale, generally of love.” The opening quotation is a thought-provoking keynote. Our contemporary definitions and expectations of novels are broader than Johnson’s. I paused before reading on, a bit surprised, a bit intrigued, a bit in disagreement, but reminded that individual love stories are small relative to world events, huge and transformative though the story may be for the specific lovers. I read on, warned and promised a small story, generally about love.

The Only Story, Barnes’s thirteenth novel, does prove to be in many respects a contemporary exemplar of Johnson’s definition. It is “small” in the sense of intimate and specific focus—one man’s recollected story—and it is “small” in length, weighing in at well under three hundred pages, though spanning more than three decades in time. As for “generally of love,” the narrator Paul’s re-examination of his “only story” does indeed meet this prerequisite. This is his story of a life-changing, life-defining love affair, from innocence to experience, from youth to age, from infatuation to weariness. 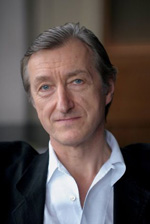 Barnes not only frames our expectation with Dr. Johnson’s iconic definition, he goes on to employ a classic novelist’s technique of direct address to the reader. Often throughout the book, narrator and protagonist Paul steps to the edge of the proscenium and soliloquizes, musing to himself and speaking to us. He poses this question on the first page, presaging all that follows: “Would you rather love the more, and suffer the more; or love the less, and suffer the less? That is, I think, finally the only real question.” He continues, “You may point out—correctly—that it isn’t a real question. Because we don’t have a choice.” Does Paul himself agree with his emphatic denial of choice and agency? Not entirely, not consistently, at least not in these pages, which he explains are only his latest iteration of his oft-told and re-told “only story.” Throughout the novel, he explores questions raised by his experience, questions of choice versus inevitability, responsibility versus blamelessness, predestination versus roads not taken. In telling his one story he looks back, still struggling with persistent dilemmas and conflicts.

The issue of temporal point of view, retrospect, is key here. Paul is, as he tells us, re-visiting (and, he admits, inevitably if unintentionally, revising, re-visioning) personal history and emotional experience. His is not a retrospective vantage point of tranquility; his distance does not clarify. Paul claims neither wisdom nor accuracy. Another time-honored narrative trope is in play here, a technique woven into the weft of story-telling from the earliest oral tradition. Paul is a very vested teller; he’s telling a subjective truth, he’s arguing his case again, with himself and with us. He’s an unreliable narrator. Paul warns the reader early on, in a conversational aside:

“You understand, I hope, that I’m telling you everything as I remember it? I never kept a diary, and most of the participants in my story—my story! My life!—are either dead or far dispersed…Memory sorts and sifts according to the demands made on it by the rememberer.”

So reader, beware. His one story, events and details, is seen through the warping, colored, protective lens of memory. And, Paul goes on to introduce another feature of memory that will shape his story: “I would guess that memory prioritizes whatever is most useful to help keep the bearer of those memories going. So there would be a self-interest in bringing happier memories to the surface first.” His will be, he’s advising us, a story with a time line and an arc: happy first things first, upswing, downswing. He hints, and we expect, narrative structured along classical lines: a beginning, middle, and an end. Which is exactly what Paul delivers. Dr. Johnson would be pleased with this careful three-part structure. The narrative proceeds—in flash-back from distant to recent past—along a chronological trajectory, formally divided into three separate sections titled: One, Two, and Three. 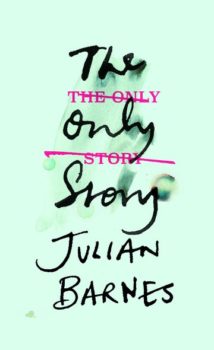 Part One is shot through with warmth and energy as, speaking in first-person, Paul recalls and recounts meeting his love interest Susan McLeod at the tennis club. He was nineteen and she in her forties. By chance or fate (not choice!), they were assigned by lot as partners in mixed doubles. A very mixed and unlikely pair they seem to be. (Authors may also have “one story”; readers of Barnes’s The Sense of an Ending, will recognize a motif). In this opening section, Paul recalls falling into obsessive, transgressive love, speaking in youthful, impetuous first person: “…Pre-history is central to all relationships…But I’d much rather tell you about her ears.” There is confusion, comedic bedroom farce, and tender pleasure. Their secret flirtation on the tennis court becomes a veiled courtship conducted in Susan’s suburban home under the eye of her husband, and finally leads to their clandestine coupling in her spare room. It’s a cheerful beginning; however improbable their relationship is, all seems possible to Paul.

However, each couple since Adam and Eve has had to leave Eden. Paul and Susan, expelled from the tennis club and suburbia, run away to set up house in London. They leave behind, but not quite, her angry husband, her wounded daughters, and Paul’s anxious, baffled parents. The couple embark on the middle of their journey, the middle of the story: their shared life.

Part Two is narrated primarily in first-person, but a more subdued voice, as Paul looks back with more distance and foreknowledge. He recalls discovering the diurnal necessities of work and money, and discovering a darker side to Susan. As their relationship changes, his narrative voice slips into an even more removed second person. “The log of memory splits down the grain. So you can’t remember the quiet times, the outings, the jollity,” he says. The party is clearly over.  The middle of their journey, the middle of his recollected story, is dark with foreboding.

“Throughout the novel, he explores questions raised by his experience, questions of choice versus inevitability, responsibility versus blamelessness, predestination versus roads not taken.”

The foreshadowing darkens more in the third and final section of the book. Here, the first-person voice disappears almost completely, and the tone throughout is chilly. Paul narrates the events mostly in third-person here, objectifying himself as “he,” speaking about rather than for himself. Occasionally he shifts into second-person voice, describing himself and events in a scolding tone. In this third and final act, the narrator has become numb rather than wise, intentionally numb. He’s a veteran of loving and suffering, and he says, looking down at himself from a rueful, anaesthetized distance, there may be “advantages to feeling less.” Remember his opening question? Here it is, again. For the ultimate pages of the book, Paul’s first-person voice returns. Just as he did in the beginning, Paul steps to the edge of the stage and addresses us describing the final scene in his one story, his love story.

Dr. Johnson would likely nod, to see Barnes thus complete the narrative arc. However, it might not please him that Paul never directly answers his initial question: “Would you rather love more, and suffer more, or love less and suffer less?” The question he then scoffed at, “Who can control how much they love? If you can control it, then it isn’t love.” But for Paul, he comes close enough to an answer, as close as possible given his sensibility and experience. It’s equivocal, it’s open-ended, it rings true to me. Remember, as you read this small book, generally and specifically about love, remember that suffering is, after all, the Latin root for passion.