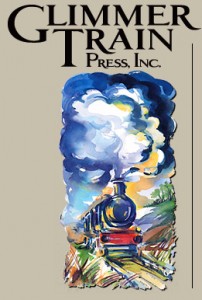 I began submitting to Glimmer Train in 1997, the same year I received my undergrad degree in creative writing from the University of Michigan. That fall, following graduation, my now-wife and I moved to a small cabin on a lake in northern Michigan so that I could be “a writer.” I’d thought I needed to live deliberately, like Thoreau, to nurture my creative spirit. But as we’ve often joked since, the experience was more like The Shining–though with a lot less space.

One positive during that experience, however, was that a story of mine received an honorable mention from Glimmer Train’s Very Short Fiction Contest. And over the years, a few other stories placed as finalists as well. Sometimes we forget how much these small victories and near misses sustain a writer, but they sure meant the world to me. And perhaps because of that encouragement I continued to submit to the publication.

Finally, twelve years later, in the late winter of 2009, I learned that my story “What We Can” had won their Family Matters contest and would be published the following year. But in the meantime, the editors asked if I’d submit an 800-word piece on the writing process for one of their upcoming Bulletins. Once a month, Glimmer Train sends out a digital newsletter to their nearly 60,000 subscribers, which announces upcoming contests and includes several, original micro-essays on writing and craft. I knew exactly what I would write on: workshop.

Because, as it so happened, that very day I’d been in my office talking with a frustrated student. All semester she’d been diligently reading the work of her peers and offering thoughtful feedback on their work. Yet when her workshop day came, she’d gotten little in return. Week after week she’d typed up commentary with the understanding that the “payoff” of this work would be a pile of comments and feedback on her own story, and so she felt cheated and hurt when this didn’t materialize. The social contract had been broken.

“Workshop is not for you,” I told her. And that phrase would become the title of my essay. In my office with that angry student, and to readers of this piece, I tried to articulate that the real learning in workshop often comes from writing critiques, not receiving them:

Being forced to analyze the effectiveness of other writers’ stories and to then provide them with clear, concise, specific suggestions for improvement will do more to develop a writer’s craft than almost anything else. Through this process writers develop a stronger objectivity about their own work, sharpen their critical thinking skills, and hone their language. A writer can’t always recognize flat dialogue or abrupt scenes or uneven pacing in her own work, but she can sure as hell see it in someone else’s. And the more adept she becomes at identifying it elsewhere, the more easily that skill becomes adapted into her own writing–it becomes second nature.

Now, this idea is not exactly news to those of us who’ve participated in workshops over the years. But it was some consolation to this student, I am happy to say. And in the years since the essay’s publication, I’ve heard from other instructors who’ve told me they’ve used the piece successfully in their classrooms as well.

So I wanted to take just a moment to make a pitch for the excellent resource that Glimmer Train’s Bulletin is for both writers and teachers of writing, and to highlight just a few of the essays that speak to or intersect with both our teaching and our writing lives.

I’d like to think that my writing self is different from the self who stands in front of sociology undergraduates and dutifully lectures them about qualitative research methods. I’d like to believe she is wiser, wistful, more creative, and that she comes out of hiding on certain early mornings when the time is right and the coffee is rich and hot, that she writes a few stunning pages and slips back into bed while my other self drives into Palo Alto to make a living. Perhaps this division appeals to me because it makes me feel less guilty when I haven’t written anything in a month: only my writing self can write, and she’s moody. If the conditions aren’t perfect, she can’t be expected to emerge.

But in the end, there is only me and my busy, imperfect life. The days that I write are victories. And even after the most discouraging, least productive sessions, I never regret writing. I learn over and over that time spent writing is time well spent.

Writing happens in revision, where a story’s subtleties and calculated strategies develop. The hallucination that begins most stories is just that: a fantasy that may or may not find solid ground or truth. The rush of whimsy that begins a story is bliss, the first taste of writing as addiction—we return to the desk praying for another taste of that heaven. For me, however, revision is bliss. There is the possibility to make things right, a chance to find and craft truth out of fantasy. Revision separates wannabes from writers. Every writer has had someone—friend, family, stranger—offer a “wonderful idea” for a story bouncing around in his head for years but one he just couldn’t realize. Every writing teacher knows that students are busloads of fabulous ideas. Few embrace revision.

When I was twenty-five, I took a fiction writing workshop in Boston. The thirty-something instructor’s debut story had just been published in the Atlantic Monthly, back when they printed fiction on a regular basis. This was not the type of man who held hands and wiped noses when it came time for critiques. While today I call him an honest and insightful mentor, eight years ago I wanted to kick his ass all over the Boston Common. 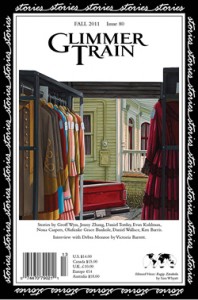