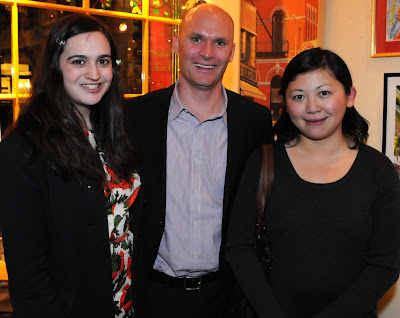 Anthony Doerr, for instance, in answer to a question about the preponderance of older women in Memory Wall, talked about how his grandmother, who had Alzheimer’s disease, came to live with his family when he was in high school and how, in his teenage self-absorption, he had been somewhat oblivious to her condition.

Yiyun Li discussed how her characters stubbornly resist being swept along by the tide of history—even though that often results in loneliness and isolation rather than the easy gratification and happiness that conformity can bring.

And Suzanne Rivecca revealed how a PBS show about Walt Whitman’s first-hand experience of slavery when he traveled to New Orleans in 1848 and a trip her father had taken to the South in the 1960s, together spurred her to write a novel about Whitman’s sojourn.

Want to learn more about the winning writers and their work? Here are some resources: