why the genius grants are, well, ingenious 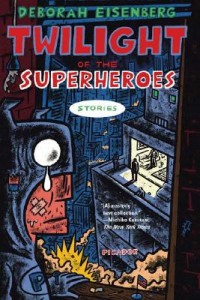 Yesterday the John D. and Catherine T. MacArthur Foundation announced the 20 recipients for the 2009 Fellowships–popularly known as the “Genius” Grants. Each of the fellows learned in a single phone call that they will receive $500,000 with no strings attached. This year’s crop includes two fiction writers, novelist Edwidge Danticat and short story writer Deborah Eisenberg.

Two things about this:

First, the program’s stated mission is “to enable recipients to exercise their own creative instincts for the benefit of human society.” So as a fiction writer, I find it empowering that the MacArthur Foundation believes writers can benefit society just as much as economists, investigative reporters, applied physicists, and biogeophysicists. Edwidge Danticat’s work centers on the Haitian immigrant experience, telling stories that haven’t been given much voice. And Deborah Eisenberg is a short story writer–no novels. Maybe this will encourage those who believe the short story is dying, or inherently limited, to reconsider.

Second, the MacArthur foundation views creativity as “the expression of human endeavor as individuals actively make or find something new, or connect the seemingly unconnected in significant ways.” What a beautiful definition. A good piece of writing should do just that: reveal the hidden links between people, places, events, and ideas. Writers don’t often think of themselves as related to economics, or mathematics, or the sciences in general, but in fact we are fundamentally trying to do the same thing. We’re trying to show that nothing is arbitrary, and that no one is isolated.