"How do you know a tsunami is coming?" "When the ocean starts to disappear." 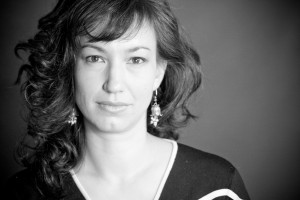 If you’re looking for reasons to help the relief efforts in Japan, look no further than this moving essay in the New York Times by novelist Marie Mutsuki Mockett, author of Picking Bones from Ash. Mockett’s family lives near Sendai, the city hardest hit by the earthquake and the tsunami that followed.

For 36 hours after the earthquake and tsunami that eviscerated the east coast of Japan on Friday, I was unable to get any word from my relatives who oversee and live in our family’s Buddhist temple in Iwaki City, south of Sendai, the biggest city near the epicenter. I wondered if they too were lucky and smart.

I wanted to know, and I did not want to know. I dipped into the world of the Internet, with its videos of water raging over the farmland and crushed ferries, and then quickly backed out. Not looking at the videos kept reality at bay, because the images of the coastline do not match the Japan that I know.

Mockett brings a novelist’s eye to the country around Sendai—both as she knew it growing up, and as it is now: devastated.

Want to help? Learn more about the auctions underway now by Authors for Japan, or visit these lists of other ways to help relief efforts. (And learn more about Marie through an interview with her here on FWR.)

Help victims of the Japan earthquake!