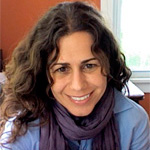 The chapter/essay of How Fiction Works I found most intriguing was the last one: “Truth, Convention, and Realism”; the issues touched on within could easily be the subject of an entire book. What I find the most perplexing is coming to a definition of “realism” in the first place. Is realism truth? Mimesis? Traditional narration?

Wood begins the section by citing the novelist Rick Moody, who says that contemporary literature has become dull and needs “a kick in the ass”; his disapproval seems to be aimed more at structure and style than content. Yes, sometimes a novel’s conflict-climax-resolution check mark form can be predictable, or too neat, or too expected; I’m not arguing against this. But as humans, don’t we crave build-up, and, well, climax? I don’t mean to drag our conversation into the gutter, but am I traditional for still wanting, after hours of fun and interesting, creative foreplay, some sort of release? Then again, I don’t believe that it’s the artist’s duty to give the people what they want, but I do think even the artist, too, finds some satisfaction in this model.

Ben Marcus writes about the role of experimental fiction, and what he sees as its eclipse by “narrative realism,” in his Harper’s essay “Why Experimental Fiction Threatens to Destroy Publishing, Jonathan Franzen, and Life as We Know It” (October 2005). While this essay, Franzen’s ideas to which he’s responding, and Cynthia Ozick’s response to both (“Literary Entrails: The Boys in the Alley, the Disappearing Readers, and the Novel’s Ghostly Twin”) are enough to inspire a separate discussion, I couldn’t help but think of them all while reading this chapter by Wood.

While I don’t quite follow Marcus’s definition of realism to begin with—he seems to be contradicting himself a bit—I do like his words here: “It is arguably sublime when a text creates in us desires we did not know we had, and then enlarges those desires without seeming desperate to please us.” But it seems this surprise, this satisfaction, can come in many forms: through simple or ornate language, familiar or unexpected shape. A text whose language is lyrical can still have narrative; a text whose content is so-called experimental can still some sort of dramatic convention, and a text that is not plot driven can still have causality.

Wood also paraphrases the idea Aristotle brings up in his Poetics: the questions fiction should be concerned with is not did it happen, but could it have happened. I’d like to add that perhaps art is not really concerned with what something is like, but what it feels like. A Rothko or a Rivera or a Vermeer does this. Perhaps this is why a writer like George Saunders, with his hyper-real, satirical portrayals, is still able to imbue his work with such emotional resonance. Maybe Wood is a proponent of realism not perhaps in the sense of tradition (though I agree he is quite comfortable with tradition) as much as he is an advocate for the simple authenticity of art. I love the last few lines of the book: they seem to rise up from the page:

Realism, seen broadly as truthfulness to the way things are, cannot be mere verisimilitude, cannot be mere lifelikeness, or lifesameness, but what I must call lifeness: life on the page, life brought to different life by the highest artistry….The true writer, that free servant of life, is one who must always be acting as if life were a category beyond anything the novel had yet grasped; as if life itself were always on the verge of becoming conventional.