Once upon a time in Seattle I lived with a lawyer, a librarian, an engineer, and a retailer. We threw dance-y parties and hosted champagne and apricot scone brunches. We read by the fireplace and played after dinner games of Settlers of Catan. And although we did not know one another prior to moving in together—we met the old-fashion way, on craigslist—we became close. 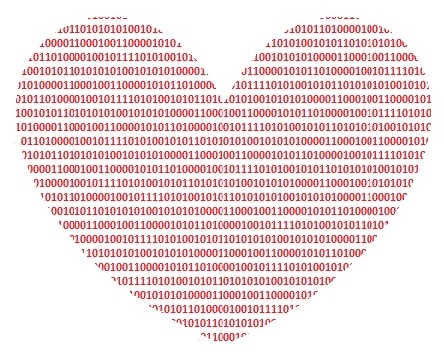 It started with the lawyer, and after a time the whole house was online dating. They, like many twenty-odds, were using OkCupid—“the Google of online dating.” Soon, our wholesome after dinner board games changed to after dinner rounds of judgment, rating the profiles of suggested OkCupid matches. I looked on, offering my opinions and occasionally helping to construct the perfectly casual-slash-witty private message. No, I didn’t have a profile of my own. I was, and still am, dating someone—we met the old, old-fashion way, at a party. For a time, for me, my housemates’ newfound dating technique was good voyeuristic fun. But eventually I went back to reading by the fireplace. They did not. They kept on. And now the engineer shares a mailing address with a fellow former OkCupider. Most dates, however, reportedly ended in one-off parking lot make-out sessions and polite farewells.

It’s no secret OkCupid’s algorithmic matchup model is not, and could never be, perfect. Mathematical expressions of how happy two people will be based on what they know and divulge about themselves are nothing more than predictions, predictions based on potential chemistry. But what if we based our love lives on actual chemistry, exchanging with one another an absolute version of OkCupid’s personal algorithm, a sort of mathematical analogue of who we are in chemical, biological, and psychological relation to someone else? What if we could express and exchange our full selves? 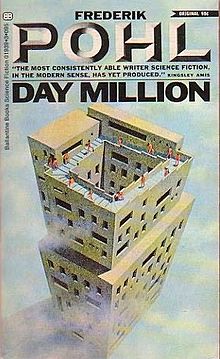 Science fiction guru Frederik Pohl’s cyberpunk romance “Day Million,” the title story of his 1970 collection, gives (bionic) legs to the matter. I was still living in Seattle when a former professor fixed me up with Pohl. In “Day Million” humans have biologically altered themselves into physically unrecognizable states. We see the “marriage” of a mermaidlike ladyish human (though DNA-wise she’s a he), Dora, to a starfarer cybernetic dude, Don. Their marriage, an exchange of simulation data—their mathematical analogues, as it were—is the only time they ever meet. Like saying goodnight after a parking lot make-out session, Dora and Don go their separate ways, never to see one another again. But, and this is where Pohl extends the excitement of parking lot lust, whenever Don wants the company of Dora, and visa versa, he hooks himself up to his symbol manipulator, and loads his partner’s data to “ball all night.”

“Not in the flesh, of course; but then his flesh has been extensively altered and it wouldn’t really be much fun. He doesn’t need the flesh for pleasure. Genital organs feel nothing. Neither do hands, nor breasts, nor lips; they are only receptors, accepting and transmitting impulses. It is the brain that feels, it is the interception of those impulses that makes agony or orgasm; and Don’s symbol manipulator gives him the analogue of cuddling, the analogue of kissing, the analogue of wildest, most ardent hours with the eternal, exquisite and incorruptible analogue of Dora. Or Diana. Or sweet Rose, or laughing Alicia; for to be sure, they have each of them exchanged analogues before, and will again.”

Pohl’s landscape of polyamorous dualism is both ideal and frightening. In a way, what we love most about people are the ways in which they know us. Identity hinges on who we are in the heads and hearts of others. But isn’t it also what people don’t know about us, what we may not even know about ourselves—those bioluminescent creatures pulsing in the deep end of the mind—that allows us to fall in and out of love with the same people and activities over and over again? Think of someone or something you love. Have you got it? When was the last time you learned something new about that person or activity? Now imagine never learning anything new about them or that thing again for the rest of your life. In love, like in fine literature, omission makes the heart grow fonder, or at least, interested.