So you're NOT in DC right now…

Maybe the holidays left you broke. Maybe you couldn’t take vacation days off work. Or maybe you got stranded by the SnOMG! XVIII that snarled flights from the Midwest to the east coast. Whatever the reason, you’re not at AWP this weekend. What to do instead?

To provide a haven for those either too broke, too busy, or too disillusioned (with the fact that really it ought to be AWWP, jeez) to attend the massive four-day conference in Washington, D.C., an assortment of Brooklyn writers and editors are taking over Brooklyn Winery from 8pm to 10pm on Friday, February 4th. Even as AWP tackles some of the most pressing issues facing authors, publishers, and academics, Fake AWP will be addressing brunch, snark, literary crushes, and whatever it is Jim Behrle thinks about all day.

Audience participation will be encouraged, with the potential to earn the title of Fake Dean of American Letters.

And, for those who ARE lucky enough to be in DC for the real AWP, check out these events at the conference featuring FWR contributors, and stop by the FWR table (Table B-18) to say hi! 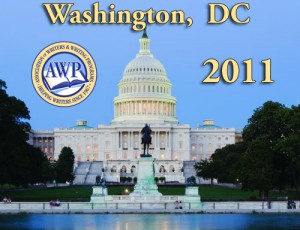