"And this loosening, this change in temperament, lets him see this corner of creation through his father’s eyes. Lets him see it anew."

"His narrator’s point of view evolves with the story, revealing this evolution through how he sees his setting": Kent Kosack on Tobias Wolff's subtle gem "Powder."

If, as Zola said, “art is a corner of creation filtered through a temperament,” then Tobias Wolff’s short story “Powder” is a subtle, quiet, finely wrought piece of art. Wolff’s corner of creation is the Pacific Northwest, a ski resort at Mt. Baker steadily being covered in fresh snow. The temperament belongs to the narrator, a boy dragged up the mountain on Christmas Eve by his father, a father whose numerous screw-ups have driven him outside the family. Getting his son home late to his anxious mother, they both know, will be the last straw. But the father insists on one final run. Followed by another. And another. To the son, the snow-coated world is less an adventure than certain doom: “Snow whirled around us in bitter, blinding squalls, hissing like sand, and still we skied.” 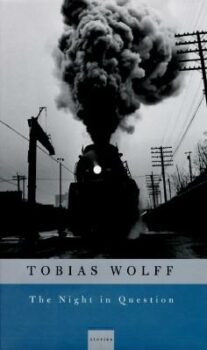 The son’s position is clear. He wants to go home to his mother. He imagines, with tender longing, “the green tablecloth, the plates with the holly pattern, the red candles waiting to be lit.” He finds no joy in the setting or in his father’s recklessness as they drive down the mountain only to be confronted with a stern state trooper guarding a barricade. Their only way out is closed.

His father turns the car around. But he hasn’t given up. Known for his charm and improvisation skills, if not his reliability, he pulls into a diner up the road, hatching his plan. In a booth, they acknowledge their predicament.

“She won’t forgive me,” he said. “Do you understand? Never.”

“I guess,” I said, but no guesswork was required; she wouldn’t forgive him.

“I can’t let that happen.” He bent toward me. “I’ll tell you what I want. I want us all to be together again. Is that what you want?”

He bumped my chin with his knuckles. “That’s all I needed to hear.”

Almost as if he needed this confirmation, his son’s faith in him, his father is energized and sets his plan in motion, calling in a fake emergency from the payphone in the back of the diner and then anxiously staring out the window and checking his watch until the trooper leaves his post at the barricade and drives in the opposite direction.

Though the son hasn’t shed his nervousness, he reports a change in the weather: “the wind had died. The snow was falling straight down, less of it now and lighter.” They drive down the road and, the trooper long gone, the father instructs the son to move the barricade and they forge ahead, his father’s eyes on the road, the son looking backward:

Down the first long stretch I watched the road behind us, to see if the trooper was on our tail. The barricade vanished. Then there was nothing but snow: snow on the road, snow kicking up from the chains, snow on the trees, snow in the sky; and our trail in the snow.

He faces forward and is shocked by the virgin snow before them. His father seems at ease, whistling to himself while his son shakes with fear. Again, a shift in the weather mimics an emotional shift, externalizes it: “The clouds had brightened. A few sparse, feathery flakes drifted into our slipstream and were swept away.”

The son, like some children of reckless parents, usually craves order. He keeps his clothes on numbered hangers and makes his own schedules so he never misses an assignment at school. But, careening through virgin snow on Mt. Baker with his scofflaw father loosens his tightly-wound springs. And this loosening, this change in temperament, lets him see this corner of creation through his father’s eyes. Lets him see it anew. “I knew we’d get caught; I was resigned to it. And maybe for this reason I stopped moping and began to enjoy myself.”

With his father at the helm, the son loses himself in the moment:

This was one for the books. Like being in a speedboat, only better. You can’t go downhill in a boat. And it was all ours. And it kept coming, the laden trees, the unbroken surface of snow, the sudden white vistas. Here and there I saw hints of the road, ditches, fences, stakes, but not so many that I could have found my way. But then I didn’t have to. My father was driving. My father in his forty-eighth year, rumpled, kind, bankrupt of honor, flushed with certainty. He was a great driver. All persuasion, no coercion. Such subtlety at the wheel, such tactful pedalwork. I actually trusted him. And the best was yet to come—switchbacks and hairpins impossible to describe. Except maybe to say this: if you haven’t driven fresh powder, you haven’t driven.

From longing for the safety of home, for the familiar Christmas tablecloth and trembling with fear in the face of so much snow, the son is now eager to see what lies ahead, ecstatic about hairpin turns on a treacherous mountain road. He is no longer judging his father, criticizing his admittedly irresponsible behavior, so much as admiring his father’s skill in navigating, even thriving in, the mess he’s made. 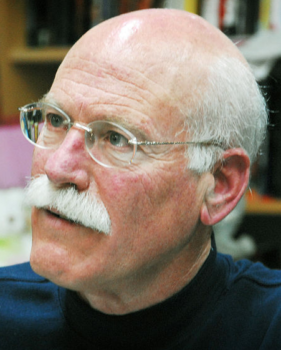 When I use this story in the creative writing classes I teach, I often pair it with a chapter on setting from Benjamin Percy’s Thrill Me: Essays on Fiction. Percy urges writers to “never give us a generic description. When we enter a new space, show it to us—but through a particular lens: your character’s point of view, modified by mood.” And this is exactly what Wolff does. His narrator’s point of view evolves with the story, revealing this evolution through how he sees his setting. The fresh powder loses its menace and becomes exciting. Though he says ultimately his parents will split up, for one winter evening his father wins his trust. The son is able to borrow his father’s eyes for a time. Presumably, the son doesn’t completely disown his previous cautiousness. Wolff leaves this a mostly open question. But the reader can’t help but feel, primed as we were by these subtle shifts in setting, that this newfound appreciation for spontaneity, this newfound taste for a dash of danger, will stay with him. Become a part of him. Just as his father, for all his flaws, will remain his father. Just as life, for all the barricades it throws up in one’s path, for all the unseen dangers lurking ahead, opens up on “sudden vistas”: moments of wonder that punctuate the landscape of our anxious and uncertain world.