Tobias Wolff, on the future of the short story 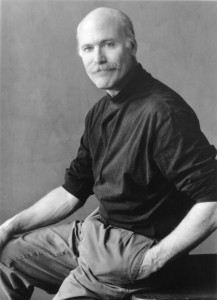 The Morning News has a great interview with Tobias Wolff by Robert Birnbaum. As contemporary writers go, Wolff has a somewhat unusual publication record: he’s published one novel, one novella, and five collections of stories. But dip into any of them and you’ll see why. Wolff can rightly be called a master of the short form, and in the interview, he shares some thoughts on both it and its future:

RB: You would think somehow that—this being a hyper-accelerated era where time is so precious to people—that short stories would be more popular; they would be more digestible. People would be attracted to them because they have to make less of an investment. Right?

TW: Well you would think so. It would seem to represent less of an investment in time. However, the kinds of stories that people write now, because there are so few outlets…. Actually most of those 300 slick magazines I was talking about were printing detective stories, science fiction, speculative fiction, romance, and so it was genre-work really. And now all that stuff has gone into TV, so the only real people left who write short stories now are people who write literary short stories, if you will. And they are a little more demanding than the average novel; they don’t tend to have neat tied-up endings, which most people tend to gravitate toward. And I think a lot of people, even the ones with those famously shortened attention spans, kind of like the idea of entering a world and staying in it for a week or so, and not having to get used to a new set of characters every time they finish 15 pages. I do. But I also love novels. I just started Richard Price’s Lush Life, and I am loving this novel and I’m really glad that I’m able to stay with him for the 400 or 500 pages of this novel. But at the same time I’m looking forward to this new Jhumpa Lahiri collection. It’ll be a different kind of experience. The short story, I suppose, expects a little more thoughtfulness and engagement on the part of the reader than most readers are willing to give.

Read the full interview for more, including whether any text can be perfect, what value writers add to the world, and why the real value of writing programs might be to create “sophisticated, passionate” readers.

Via the marvelous Millions.