Diane Cook’s fiction has been published in Harper’s Magazine, Granta, Tin House, Zoetrope, One Story, Guernica, and elsewhere. Her nonfiction has appeared in the New York Times Magazine and on This American Life, where she worked as a radio producer for six years. She earned an MFA from Columbia University, where she was a Teaching Fellow. She lives in Oakland, California. 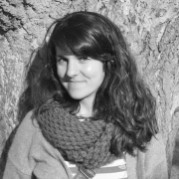 Big and Small: An Interview with Anne Valente

Diane Cook talks with Anne Valente about her short story collection By Light We Know Our Names: “In fiction, I think objects and patterns among those objects serve as something tangible for me and for characters, a way of making meaning out of something concrete in the face of uncertainty, intangibility, and everything we can’t and don’t know.”