Maureen O’Brien is the author of B-Mother (Houghton Mifflin Harcourt), which was translated into Italian and German. She was the recipient of a grant from the Barbara Deming Memorial Fund to complete the novel. Her poetry chapbook The Other Cradling (Finishing Line Press) received an Honorable Mention in the Jean Pedrick Chapbook Award.  Her poem “Incoming Wounded” received first place in the New Millennium Writing Awards, and also received the Patricia Dobler Poetry Award, which allowed her to travel to Ireland to study with Irish writers. Her work has appeared in numerous other places, including The Louisville Review, The Redrock Review, and the Southern Women’s Review. She lives in central Connecticut and teaches creative writing to incredible teenagers at the Greater Hartford Academy of the Arts. 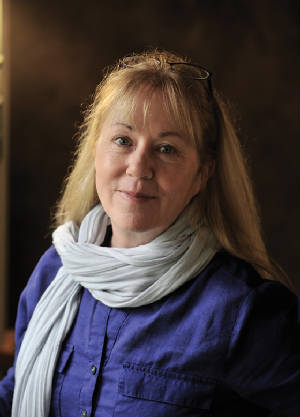 Stories Are Like Chamber Music: An Interview with Robin Parks

Maureen O’Brien talks to Robin Parks about the rules for writing a good short story, searching for fact in fiction, and creating a cohesive collection.