Peggy Adler was born in Cleveland, Ohio, and received a B.S. from Northwestern University. Naturally, with a degree in Social Policy, she spent her twenties doing production, literary, and casting work in New York theatre. After receiving an MFA in Creative Writing from the University of Michigan, where she received an Avery Hopwood Award for Short Fiction, she remained in Ann Arbor to teach writing. She recently took a year off to research her novel, first by living in a tent in the Negev, without electricity under the desert sky, and later by studying water science at Ben Gurion University in Sde Boker. She is now back at the University of Michigan, where she recently received a Ben Prize for Excellence in Teaching Writing. Lately, Peggy is entrenched in nonfiction about the desert in the Middle East, including Daniel Hillel’s The Rivers of Eden, and Janet Wallach’s wonderful biography of Gertrude Bell, The Desert Queen. Less idiosyncratically, she just finished, and recommends, What Is the What by Dave Eggers, and has also recently re-read The History of Love, by Nichole Krauss, which continues to move and teach her. Additionally, she spends a lot of time lately with the Old Testament. She recommends it. 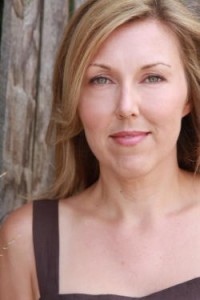 Peggy Adler talks to debut novelist Valerie Laken about the inspiration behind her first book and her process in writing it. Dream House, a literary crime novel, tells the story of a young couple whose lives are upended when they discover that the historic home they’ve just bought was once the site of a murder.