Philip Caputo is the acclaimed author of seventeen books, including three memoirs, ten works of fiction, and four of general nonfiction. His first book, A Rumor of War, a memoir, was inspired by his three years serving as a U.S. Marine, including sixteen months spent in Viet Nam. Published in fifteen different languages, it sold over 1.5 million copies and was adapted for a CBS mini-series. His 2019 story collection, Hunter’s Moon, received a rave review on the front page of the New York Times Book Review. He’s received ten journalistic and literary awards, including the Pulitzer Prize (shared with the Tribune’s team investigative reporting on Chicago’s voter fraud), the Hillman Foundation award for A Rumor of War, and others. His first novel, Horn of Africa was a National Book Award finalist. He and his wife, painter and novelist Leslie Ware, divide their time between Connecticut and Arizona. Author photo credit: Michael Priest Photography. 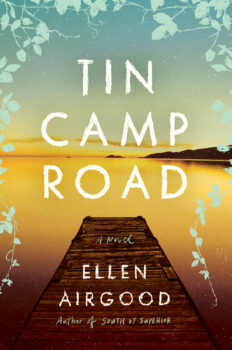 “I wanted to convey that the lives of the working poor are nuanced, lively, and immediate, and that characters flying and working under the radar are full of wonder, grit, and creativity.” Ellen Airgood talks with Philip Caputo about her new novel, Tin Camp Road.