Rachel Howard is the author of a memoir about her father’s unsolved murder, The Lost Night.  After the publication of that book, she turned to fiction and earned her MFA from Warren Wilson College.  Her stories have appeared in ZYZZYVA, Pif Magazine, and other publications, and recent literary essays have appeared in berfrois andCanteen.  She returned to Warren Wilson to serve as the Joan Beebe Fellow in 2011, teaching fiction to undergraduates, then stayed on an extra year, teaching creative nonfiction and serving as interim director of undergraduate writing.  She also writes about dance, and is looking forward to resuming arts criticism when she returns to her home base in the San Francisco Bay Area (specifically Oakland, which she finds to be an urban paradise of the imperfect) this summer.  She is a member of the San Francisco Writers’ Grotto, a workspace co-op, and teaches frequently there as well as for Stanford Continuing Studies.  She is currently finishing a novel.  Aside from Jean Rhys, she obsessively revisits Madame Bovary and Evan S. Connell’s Mr. Bridge and Mrs. Bridge novels.  Lately she is relishing Italian authors, especially Niccolo Tucci, Dino Buzzati, and Natalia Ginzburg. 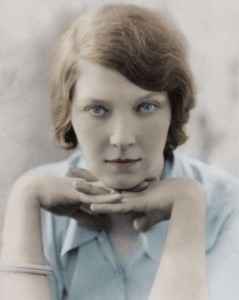 Go On and Hate Me: The Remarkable Handling of Pity in Jean Rhys’ Voyage in the Dark

Not making any friends: Rachel Howard explores the “unlikable” narrator who won her over, despite efforts to the contrary, in Jean Rhys’ shrewd, heartbreaking, and pitiless novel Voyage in the Dark.