The Magical, Dreadful First Hundred Pages: From the 2010 AWP Panel "From MFA Thesis to First Novel"

"For those of you who have yet to publish your first book, I can predict with about 96% certainty how it will go: It won’t happen when you want it to, or in the way you expect. Of course it’ll take longer than you want — you know that. It’ll take so long you could grow a tree, learn forestry and paper-making, then print and bind it yourself and carry it by hand to every last remaining independent bookstore in the country. That is, if you don’t succumb first to addiction, poverty, despair, humiliation, or suicide. In short, it will take longer than you think you can stand, and yet, in the end, as you struggle to make your last-chance, oh-my-God-this-is-going-out-in-the-world? revisions, you’ll inevitably feel rushed and wonder where all that time went." 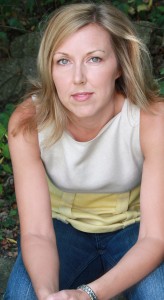 For those of you who have yet to publish your first book, I can predict with about 96% certainty how it will go: It won’t happen when you want it to, or in the way you expect. Of course it’ll take longer than you want — you know that. It’ll take so long you could grow a tree, learn forestry and paper-making, then print and bind it yourself and carry it by hand to every last remaining independent bookstore in the country. That is, if you don’t succumb first to addiction, poverty, despair, humiliation, or suicide. In short, it will take longer than you think you can stand, and yet, in the end, as you struggle to make your last-chance, oh-my-God-this-is-going-out-in-the-world? revisions, you’ll inevitably feel rushed and wonder where all that time went.

My transition from thesis to published book started out pretty well, I thought, but ended up taking eight solid years. My MFA thesis at the University of Michigan was a collection of short stories that I, for one, really liked. They’d received thrilling praise from the mentors I adored, they’d been published in good journals and won some awards, and they’d brought me a phone call from agent. A pretty good agent. In the heady rush of thinking “Wow, someone actually wants me,” like a lot of young thunderstruck writers, I signed on with her before even meeting her in person. Some of you may be tempted to do this; others may already have done this, and to you I say: Good luck. Jumping into a contract with the first agent who asks is like marrying the first person you kiss. It could work.

(Incidentally, if you anticipate from here a juicy story about how this agent did me wrong, that’s not on menu. I have a different story.)

Well, OK, a novel. As luck would have it, I did sort of have an idea for a novel rattling around in my head – a very fledgling, inchoate, imperfect idea: grandiose, baggy, impossible to accomplish, completely beyond my skill set – and when I described it to my new agent, she said, Oooooh in a way that seemed to mean, “Ooh, I could sell that.” (Or maybe I imagined that.) “Just write the first hundred pages,” she said, “and we’ll go out with it.”

“Go out with” is an expression agents use more than middle schoolers. (It’s not at all surprising to me, by the way, that agents and editors should adopt so much language from the dating world. The customs aren’t that different, in the end.) As thrilling and anxiety-inducing as it is to learn, at age thirteen, that you are “going out with” someone, it is ten times better to hear that your agent is “going out with” your book. (I like to imagine them walking hand in hand in the moonlight, slipping behind the bleachers.) When an agent says they’re going with your book it means, ideally, they are on the hunt; they approve of the state of your manuscript enough that they are ready to stake their name on it by sending it out to some carefully-selected editors who they believe will love it. Hold your breath. Hold your breath for a week, three weeks, three months, six. The longer it takes, the less hope you and your agent will have, though he or she will, ideally, still soldier on, trying every last option. 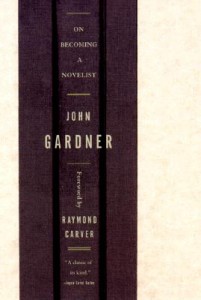 But I wasn’t there yet. I still had my one hundred pages to write.

I spent the summer after graduation sketching out my plan, trying out different starting points, verb tenses, voices, points of view; doing ridiculous, excessive amounts of research; studying novels and books about writing novels – doing just about anything except actually writing. For someone who’s only ever written stories, only ever taken workshops about stories, for someone – that rare bird — who even prefers reading stories to reading novels, writing even 100 pages of a novel is a damned daunting thing.

A year passed. I had ninety two pages. I increased the margins and sent them to my agent.

“Hmmmmmm,” I heard her say over the phone, which was code for: I’m not going out with this, which she proceeded to say out loud.

I tried again. And again. I rewrote those magical, dreadful 100 pages at least six or seven times. It took three years. And still, I had no idea whatsoever what would come on page 101, or 301. And still my agent was saying, “Oh, yeah, I love your stories, they’re amazing… but I’m not going out with these 100 pages.”

Around this point, three and a half years after graduation, I had reached that dreadful stage you may go through where I no longer wanted to live on this planet if I couldn’t publish just one book. The waiting was going to kill me. And I was seriously starting to doubt the wisdom of polishing the hell out of 100 pages without knowing what they were leading to. And in the meantime my beloved stories were growing old. The characters were listening to Walkmans, for God’s sake, talking about George Bush the first. 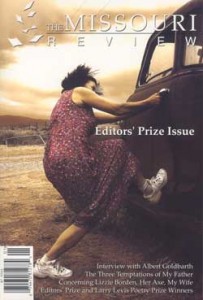 I decided that I had to go out on a limb for these stories – and for myself, my sanity, my books, and my career. I worked up the nerve to call my agent and say, in exceptionally polite terms, “Either you go out with these dreadful 100 pages and their unwanted step-child, my amazing yet valueless collection of stories, or… or… I’m going to have to find somebody else.”

So we broke up. Amicably, though I was wounded. And I did the thing I should’ve done from the start: I started doing research on agents. I found out who represented my writing heroes, big and small; I found out who represented young writers—story writers—who had just achieved the things I wanted to achieve. I made a list, I wrote up queries, and just as I was about to send these out… an agent called me.

A good agent. Poised, intelligent, energetic, kind. Exactly my age, a former writer herself, with a degree from Iowa, who had sold two or three beautiful story collections to major houses in the past year. I’ll admit it: I threw all my research and query letters out the window and jumped into bed with her. But this time, at least, I had the good sense to go meet with her first in New York. She was even better in person. (Beautiful, funny, nice office.) And, unlike my first agent, she didn’t terrify me at all. When I called her, she answered, or called back right away. She read my work promptly, called me back within days, with sharp, insightful, rigorous suggestions – the kind of feedback that makes you want to run to your computer, not hide under your bed. This was important to me.

Best of all, within three weeks, she went out with my manuscripts. And those very same dreadful, unsellable hundred pages sold, within 24 hours. 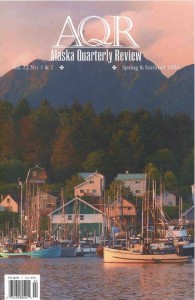 This is a lesson in trusting your instincts. Also, a lesson in publishing. A book, unlike a hundred dollar bill, is not universally, objectively desirable or undesirable, worthy or unworthy of publication. Those decisions are made through a horrifying number of shifting variables: taste, luck, timing, budgets, relationships, hunches, trends… lightning. Talent and hard work play a role, absolutely, but this process will test your determination more than your talent. You have to decide you will publish a book before you will.

Anyway, I had a contract finally, and a good one, but there was a hitch. My editor wanted to bring out the novel first, the story collection second. Some sort of marketing plan, I guess: if they could somehow get a few poor saps to notice the novel, maybe the story collection wouldn’t fulfill its story collection destiny of becoming a total flop that wastes hundreds of trees and sells only 100 copies.

I was afraid. And excited. I said OK. I didn’t want to, and my instincts rebelled, but I said OK. You’ll be surprised what you’ll say OK to when somebody offers you a book deal.

In any case, now I had to finish that awful novel. I felt about that novel the way first-time pregnant women seem to feel about the prospect of giving birth: Terrified, totally unprepared, and in denial about what exactly it will entail.

It took three more years. I can’t tell you how many family gatherings consisted of sweet, then confused, then snide people saying, “Wait, I thought you said you were supposed to be publishing a novel.” I’m pretty sure they thought the whole deal was made up. 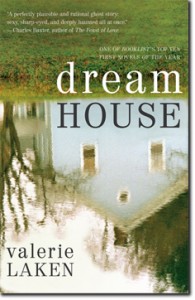 Eventually things fell into place. I learned how to write a novel, more or less – on my own, without my trusty MFA mentors – and I finished it, and gave it a name, Dream House, and rewrote it, and rewrote it, and rewrote it. And finally my editor said, “Let’s bring it out.” She gave it a publication date. (Again, with the dating language.) It came out last year, and was worth all the effort, and even after living with it for seven years I was still scribbling changes in the margins up to the very last minute of my very last deadline. I make changes still, in fact, every time I open the book. As Ben Marcus said, “It’s not entirely clear to me why publishing this book means I should stop working on it.”

Maybe we’re slow to finish our books because we can’t part with them. Truman Capote said, “Finishing a book is just like you took a child out in the back yard and shot it.”

And what happened to those stories that started this process in motion? Oh, they got old. They got so old, and I got old too. I’m not the same person who wrote them, who needed them. I’ve changed so many of my ideas about writing, about what I want to do in my writing. So I’ve spent the past year revising and revising them, throwing some out entirely, replacing them with brand new stories that I like today but don’t know if I’ll like in ten years – or ten months. I am well aware that publishing a story collection might, nowadays, be a once-in-a-lifetime chance, and I’m determined to make the most of it. I’m determined to stand behind this runty looking undesirable stepchild and force it upon the world. What else can I do? It’s been inside me for nine years. It’s called Separate Kingdoms, and it’ll come out in a year or two. I finished it and sent it off to my editor on Monday. There were no kids in my back yard to shoot, so I came here instead. 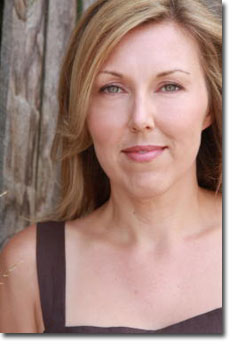