"By leaps and bounds, this is some of the best and most emotionally astute writing about children and childhood I’ve read."

"Her stories know so much about the world—the small ways we betray the people we love and the horrors that are so outsized they’d be absurd if they weren’t crushing—yet Beasts & Children is never cynical or defeatist."

“The White Elephant,” the first story in Amy Parker’s debut collection Beasts & Children (Mariner Books), opens with a country lyric: the dust that Pancho bit ended up in Lefty’s mouth. In the song “Pancho and Lefty,” the bandit Pancho teams up with his friend, Lefty, who, the song implies, betrays Pancho to the Federales before going on the run. In life and death, Pancho is a tragic hero on a quicksilver horse. Though he leaves his friend to a violent death, Lefty is no less tragic. The song doesn’t explain or excuse Lefty’s betrayal, but it doesn’t condemn him either. Instead, the singer implores us to pray for Pancho’s soul and to save a few prayers for Lefty, lonely and growing old in the freezing Midwest.

What I mean to say is, Parker picked the perfect epigraph for “The White Elephant.” Charting a family’s progressive and often terrifying disintegration, the story is equal parts bleak and deeply generous, with an ending that is somehow violent, eerie, and tender at the same time. Even when Parker’s characters behave unspeakably, it is clear how deeply they are hurting, how lost they feel in their own lives. In Beasts & Children, betrayal is inextricable from love, and history’s dust is everywhere. 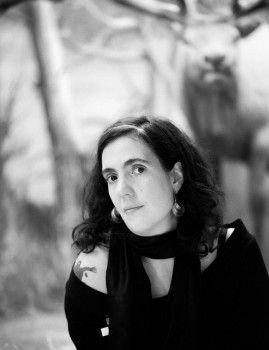 Parker’s linked stories follow three families, the Bowmans, the Fosters, and the Guzmans, as they travel across decades and continents before colliding in California. The first half of the book is narrated by Cissy, Danny, Jill, Maizie, and Jeff, dreamy, perceptive children dealing with absent, untrustworthy parents. The narrators, all grown up in the second half of the collection, must resist becoming absent, untrustworthy adults themselves. Which could be a cliché, except that in Parker’s hands, it doesn’t feel like one.

This is partly to do with the book’s straight-up weirdness—taxidermy animals come to life; a mother with a hyper-sensitive sense of smell leaves her daughter a cabinet of rare perfume samples; a little girl attempts to rescue a baby pangolin—which makes “cliché” a hard word to throw around. But that sparkle of strangeness is just one of Parker’s strengths.

By leaps and bounds, this is some of the best and most emotionally astute writing about children and childhood I’ve read. Whether she is writing from the point of view of a young boy eating his way through a spongy, salty stack of bologna while he waits for his run-away mother to come home, or a thirteen-year-old girl stranded and going crazy in her ambassador father’s locked compound in Chiang Mai, Parker makes you vividly remember what it was like to be seven, eleven, thirteen, when you understood, to greater or lesser extents, the fears and machinations of the adults in charge of you, yet were utterly helpless to shape your own life. In “Endangered Creatures,” eleven-year-old Maizie reacts to the news that her sister’s imminent banishment from home is “for the best” by reflecting:

Adults always said that. As if they had any idea. Grownups merely said what was convenient, and what was convenient always denied a child’s desire or anguish. Sometimes they insisted brightly, in response to your fear or despair, that “life isn’t fair”; at others, “it will all work out.” They would say, “I’m not a mind reader” and then tell you, “I know you better than you know yourself.” Above all adults loved to proclaim, with implacable certainty, that your worst, most shattering disappointments were always “for the best.”

Literary fiction often emphasizes how the imbalance of power between children and adults can lead to huge failures of communication. Parker has a keen eye for this void, and her collection emphasizes isolation. This is why the final story, “Grace,” stands out so starkly from the rest. In the story, Cissy, in her 40s now and dating a widower, lies to her boyfriend’s five-year-old daughter, Gracie, about the how the little girl’s mother died. Partly to spare her father’s feelings, partly because she doesn’t have the language or authority to contradict Cissy, Gracie pretends to believe that her mother’s death was peaceful and accidental. Watching Gracie feign happiness for her father’s benefit, Cissy understands that “children take advantage our need to believe in their innocence, their resilience. Children lie to us too.”

In this moment, Cissy and Gracie understand each other perfectly: Gracie does not accept Cissy’s lies, but she doesn’t contradict them, and a few moments later, she takes a turn pretending there is nothing in her past to fear. The woman and little girl are making a pact to keep lying, at least for now. You could read this scene as dark and cynical, but that would ignore its backwards hope (in Parker’s stories, hope always comes at you from odd angles). Gracie and Cissy have come to see each other as people instead of obstacles. They have a shared goal—protecting Gracie’s father—and can maybe form a mutual respect. 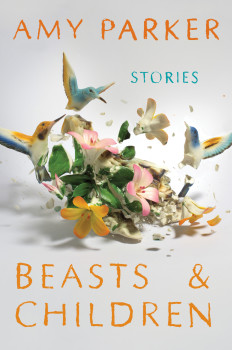 Parker’s writing is so bright and emotionally on-point that her use of symbolism can feel heavy-handed at times. In “Endangered Creatures,” Maizie and her sister Jill stop en-rout to a mission trip at a Thai orphanage to adopt a baby pangolin, which they then stash in a grove of trees decorated with pictures of the women who left their children in the care of the orphanage. Maizie and Jill are already half orphaned by their parents’ neglect, and the moment feels a bit too neat, a bit too determined that the reader get it: these children are alone, and vulnerable, but so are their parents. This doesn’t diminish the scene’s vividness or sadness, but it does remind you that you are reading a story, that Parker has constructed this moment, these people.

For the most part, however, Parker’s work is so dense, specific, and perceptive that you find yourself not minding the occasional unnecessary flourish or cliché. So there’s a dog in the story, and something horrible is clearly going to happen to it. So what? By the time the horrible event occurs, you care so much about the dog and the little boy she belongs to that your readerly cynicism has washed away, and all you can do is ache for them.

This is why I’ll watch Parker’s career closely, and read whatever she publishes next: her stories know so much about the world—the small ways we betray the people we love and the horrors that are so outsized they’d be absurd if they weren’t crushing—yet Beasts & Children is never cynical or defeatist. Parker’s work possesses such love, compassion, and hope for our crumbling, often hopeless-seeming world, and her compassion never feels like a lie. In that way, her work is very much like the best country music, which is infused with an odd, romantic realism. As Parker writes in one story, “sometimes all you can do is recover the body,” but that doesn’t make the recovery fruitless, or devoid of grace.