Journal of the Week: A Public Space

Our latest Journal of the Week, A Public Space, strives to be "a literary forum for the stories behind the news, a fragment of an overheard conversation, a peek at the novel the person next to you on the subway is reading, the life you invent for the man in front of you at the supermarket checkout line. Ideas and stories about the things that confront us, amuse us, confound us, intrigue us." 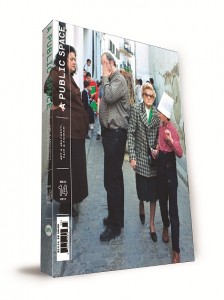 Last month, Fiction Writers Review proudly announced that Jesmyn Ward had won the 2011 National Book Award for fiction for her second novel, Salvage The Bones. Jesmyn has been a friend of FWR since we first published an interview with her back in 2009 as her debut novel, Where the Line Bleeds, hit the shelves.

Before you call out this Los Angeles–based writer for Hollywood-style gloating and name-dropping, allow me to point out that A Public Space not only published Jesmyn Ward a full year before our interview, the Brooklyn-based literary journal published her debut story in only its fifth issue. The editors recently repeated their feat of foresight by including Jesmyn’s work in their latest issue, their announcement coming a full month before the National Book Award’s. But returning to Jesmyn’s work in Issue 14 wasn’t about maximizing coverage or marketing savvy. It was about recognizing great storytelling by bringing it to the masses, something we try to do here with the Journal of the Week series and something A Public Space has been doing since 2006.

A Public Space began with a simple goal: to support a new generation of writers and to “give voice to the twenty-first century.” In every issue the editorial team tries to answer the questions posed by Marilynne Robinson’s essay in their debut issue: Why write fiction? Why read it? What does fiction mean and what does it matter?

On its way to answering these questions (and discovering National Book Award winners), A Public Space has developed a track record of success, with its stories earning recognition from Best American Short Stories, O. Henry Prize Stories, and Pushcart Prize anthologies, and its authors receiving honors from the Whiting Writers’, Rona Jaffe, and Lannan Awards as well as MacArthur Fellowships.  And while A Public Space is dedicated to capturing this century’s voice, it isn’t shy about trying to capture the century’s many different mediums as well. Issues include poetry, nonfiction, essays, art, photography, and more, with fiction as the carefully-curated crux binding it all together. And in this department, Issue 14 grabs you with its very first story, “Is That You, Walt Whitman?” by Therese Stanton.  A narrative on poetry, the story inserts you into the mind of Whitman, providing readers with a peek into the actual creative “spark” for the first edition of Leaves of Grass, the 12-poem collection that so thoroughly astonished Ralph Waldo Emmerson. In Stanton’s story, a chorus of muses unlock Whitman’s mind for the endeavor ahead while doing the same for the readers contemplating the rest of the issue. It’s good advice for Whitman and good advice for us: “Be ceaseless.”

Next, readers find themselves thrust toward the second and third pieces in the issue, an illustrated guide of New York post-9/11 and a prison memoir from none other than Eva Zeisel. I loved this trifecta for its range alone, but it was the memoir from Zeisel that hit home, illustrating the dark communistic cloud of distrust that my parents and grandparents spoke of in hushed tones, even here in America. Tossing us with her into the cat-and-mouse game of prison interrogation, Zeisel alternates dry humor at her treatment with the story of how she survived it all, a tale as unconventional as the tone in which she addresses her five-plus years in Russia: “Karate Chop,” by Dorthe Nors, and “The Runner,” by Justin Tussing, explore relationships and personal failures, lifting readers with laughter before crushing them under heartbreak. In “Karate Chop,” the female narrator muses on the male anatomy: “In her view it was about little more than the instrumental power of the male organ. Because it could be inserted into openings, it had to be inserted into openings.” Then, not unlike in Zeisel’s memoir, the reader learns what lies hidden behind the humor, beginning with bruises and accelerating into sexual abuse before ending on the image of the narrator “lay[ing] there in a mess of blood and comforter…anything else but alive.” Fittingly, the issue’s slate of fiction ends on Jesmyn Ward’s story, “Barefoot,” a relentless piece that explores a spectrum of hopelessness: its cast hopelessly wasting life working the graveyard shift at a gas station, hopelessly gay while in love with straight men, hopelessly accepting of those who physically abuse them, hopelessly unable to help those who can’t help themselves.

Assistant Editor Ashley Martin recently answered our Journal of the Week question set, giving additional insights into how A Public Space evolved and how it plans to evolve online and off in the years ahead:

What is the role of A Public Space in today’s literary community, be it for readers or writers?

APS is wonderful because I think that it speaks to writers as well as those who do not write.  APS Focus portfolios, each of which showcases writing from a different country (we’ve had Peru, Japan, Italy, and Antarctica, to name a few), are opportunities for editor and reader both to get out into the world.  Brigid Hughes says it best in her Welcome in the debut issue:  “A literary forum for the stories behind the news, a fragment of an overheard conversation, a peek at the novel the person next to you on the subway is reading, the life you invent for the man in front of you at the supermarket checkout line.  Ideas and stories about the things that confront us, amuse us, confound us, intrigue us.”

How do you see A Public Space’s mission and tastes evolving in the next two years? Will the rise of digital publishing impact the composition of A Public Space?

We use our website to showcase additional projects that A Public Space is involved in, though the printed magazine stands by itself. For example, when we co-published Monkey Business: New Writing from Japan this spring, we had a series of posts by Monkey Business authors, editors, and translators in conversation.  I expect that we will continue to use the website in this manner over the next couple of years—to let our interested readers know what we are up to outside of the physical magazine they receive, but also to, for a moment, dissolve the barrier between the reader and the physical object that is the magazine.  The features on the website (our Stet? column, for example, in which Anne McPeak, the managing editor, shares an interesting remark/conversation/story that she came upon while editing the current issue) tend to reveal what our authors, editors, and collaborators are thinking, and their unique processes, and may be seen as a sort of cross-section of the living organism—a glimpse of the moving parts.

If you could put three items in a time capsule (or USB drive), to be opened in 1,000 years, that would provide a snapshot of A Public Space’s aesthetic today, what would they be?

What album is playing on the A Public Space stereo these days? There’s a peculiar set of noises that commingle in our office.  We’re located in a revamped carriage house, and in fair weather we open up the huge doors to the street, so we get delivery trucks, shouting schoolchildren, snippets of dramatic cell phone conversations, the patter of flip-flops… Inside, Brigid usually has NPR streaming from her computer, and I’ve been playing mellow stuff that jives well with the radio (M. Ward, Sufjan Stevens, Beirut).

Head over to the snazzy A Public Space website to read archived stories, order back issues, and subscribe. And don’t forget to follow and friend them. There’s no reason to keep your love of Public private. 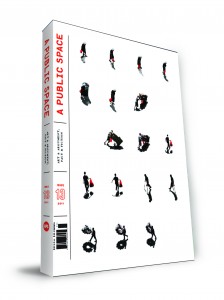 As a special bonus to readers of Fiction Writers Review, we’ll be giving away three free subscriptions to A Public Space! If you’d like to be eligible for this week’s drawing (and all future ones), please visit our Twitter Page and “follow” us.