"I’m guessing Jack Pendarvis also thinks cartoons are depressing, but I suspect that’s how he likes them."

"While Pendarvis acknowledges that it’s tragic to dream big about lost causes, his work also insists that doomed dreams are human and, while they still seem possible, necessary to our survival."

I hated cartoons when I was a kid, particularly Looney Tunes and the Wile E. Coyote and the Road Runner shorts, which I found both frustrating and completely depressing. I hated that Wile E. Coyote never thought, Maybe I should move on with my life. Growth for Wile E. Coyote is impossible, because the second he gives up on chasing the Road Runner, the story grinds to a halt. Still, was it absurd or unrealistic to feel sorry for him? I don’t think so. Cartoons have staying power because they’re deceptively complex. Cartoons aren’t just endless chase sequences, they’re metaphors for outwitting adults. And under that satisfying premise, the chase is also a warning: When you whole-heartedly believe you need something that you don’t actually need, when you bend your life around a petty goal, you’re reduced to desperation and scheming. No wonder I thought it was depressing.

I’m guessing Jack Pendarvis also thinks cartoons are depressing, but I suspect that’s how he likes them. The author of three previous books of fiction and one book of non-fiction, Pendarvis is also a writer for Adventure Time and SpongeBob SquarePants. His newest short story collection, Movie Stars (Dzanc Books), harnesses all the comedy, nostalgia, and violence of cartoons without denying their inherent sadness.

Just to be clear, Movie Stars is set in our world—or Pendarvis’ weird approximation or our world—rather than an Adventure Time-style cartoon world. Still, the collection has a surreal feeling. Reading Movie Stars is like stepping into Jack Pendarvis’ daydreams and hanging out for a while. In a general sense, you could say that about any short story collection, but Pendarvis’ work has a distinct, “Okay, but what if…” feeling. In “Ghost College,” Cookie, a writer who makes his living doing copy for pie catalogues and adapting block busters into novels, is hired to teach creative writing at a college for paranormal studies—a ghost writer at a ghost college; in “Your Cat Can Be A Movie Star!” a man nearly wrecks his marriage over his conviction that his favorite pet has star quality; and in “The Black Parasol,” Pendarvis returns us to the town featured in “Ghost College” to deliver a gothic horror story about gentrification. 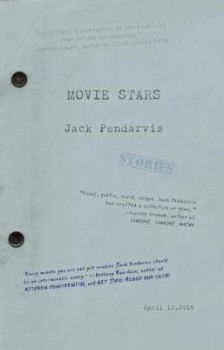 Almost every story in Movie Stars made me laugh aloud, often in public, but what really impressed me was the sneaky simplicity of Pendarvis’s language. In “Ghost College,” Cookie describes his wife, a nature poet, as smelling “so good, like a flower smoking a cigarette.” Pendarvis gives you a funny, incongruous image, but he’s also reminding you of a smell you’ve definitely smelled before (Marlboro 100s and expensive perfume), and the kind of woman who’d smell that way—someone discerning and probably wealthy, but also tough, the kind of person you have to earn. And he’s also telling you who Cookie is: someone still in love with his wife, and slightly in awe of her (she smells so good). In one line, Pendarvis accomplishes what it would take most writers paragraphs, even pages, to get across.

As the title implies, awe and its component parts, desire and nostalgia, are major themes in this collection. Though Pendarvis never lingers in the romance of these emotions, only their hollowness. You can never have something you desire, or you wouldn’t desire it any more. You can never return to the past. These ideas are made especially explicit in “Cancel My Reservation,” the collection’s longest and most relentlessly sad story, in which two-time widower Chuck goes on a quest to buy the perfect piece of Bob Hope memorabilia for a high school acquaintance who he believes is dying. “People just thought they needed stuff,” Chuck reflects, before getting sucked into a desperate frenzy of acquisition. The auctions scenes were endless, fluorescent nightmares that left me so exhausted that I needed to put the story down halfway through. After that, I honestly had trouble picking the collection up again. I know that criticizing a short story for being sad is a little like criticizing a cat for having fur, but there is something to be said for giving your audience some room to breathe.

But for the most part, the stories in Movie Stars have impressive momentum, if only because it’s hard to guess what will happen next. This is a true feat, since like Wile E. Coytoe, the characters in Movie Stars don’t really grow, even when they are trying their hardest to do just that. And just like in those Road Runner cartoons, their inability to evolve drives the plot. But Pendarvis doesn’t play paralysis for laughs, even when the circumstances are funny. Instead, he forces you to sit in the sadness of a stalled life until you feel the humanity and nobility, the grace. Yes, the guy who really believes his housecat could be a movie star is delusional. Yes, his getting scammed into purchasing headshots for the cat is funny, but, Pendarvis asks, isn’t it also heartbreaking? And isn’t the man’s faith also beautiful? If trying to make your cat a movie star is a doomed, desperate gesture, Pendarvis reminds us that it’s also a loving one.

Movie Stars embraces the slapsick of a classic cartoon, that just-under-the-surface bitterness, but ultimately the collection subverts the cartoon structure. Road Runner cartoons mock the pursuit of unachievable goals. Pendarvis’ stories seem to guide you toward mockery, but then they crack the surface, taking you into the sadness behind the joke, the compassion for the world behind the sadness. While Pendarvis acknowledges that it’s tragic to dream big about lost causes, his work also insists that doomed dreams are human and, while they still seem possible, necessary to our survival. 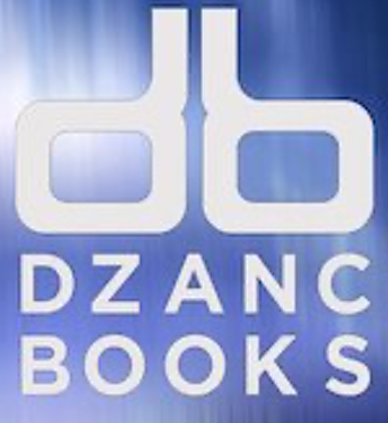