[Reviewlet] A Vacation on the Island of Ex-Boyfriends, by Stacy Bierlein

Bierlein's debut collection features familiar, post-Sex and the City storylines, but with glimpses of originality and verve. 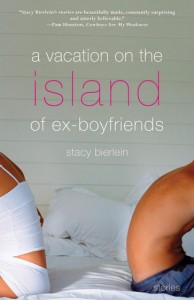 The characters in Stacy Bierlein’s debut collection, A Vacation on the Island of Ex-Boyfriends, are all smart, strong women. They have good jobs, good friends, and full lives. The world is theirs for the conquering—if only they weren’t continually waylaid by their abysmal taste in men.

Sound familiar? In a post-Sex and the City era, much of Bierlein’s literary ground feels well-trod. We’ve come to expect the cheeky sex talk, the blasé infidelity, and – above all – the redemptive power of female friendship. We’re no longer shocked when a woman who seemingly has it all considers throwing it away for a man who doesn’t deserve her. And the remaining storylines are equally predictable: a grieving woman finds solace in a European lover; a wife battles her mother-in-law for her husband’s attention; friends from college gather to celebrate an engagement and marvel at their varying life paths. Although Bierlein’s prose is cleanly delivered and snappily paced, her collection too often tells us stories we’ve heard before.

Which is a shame, because the glimpses we catch of Bierlein’s originality take us beyond the tropes of chick lit to someplace magical. In the opening story, “A Vacation on the Island of Ex-Boyfriends,” two girlfriends head off on a vacation to Nantucket, only to find themselves instead on an island inhabited by every man they’ve ever dated, lined up in chronological order. It’s a fantastic premise, and Bierlein heightens the payoff by juxtaposing the impossible scenario with unassuming, economical prose: “In three days we have played, cried, ran, fought, laughed, danced, and built fires with them all —every man we’ve ever wanted. We’re exhausted.”

Similarly, the final story in the collection, “An Interrogation at the Prison of Ex-Girlfriends,” gives us a roomful of mistresses tied up for questioning by an angry wife and her whip-cracking assistant. Like, “A Vacation…,” there’s a suspension of disbelief required here, and a sense of time-out-of-time. Our narrator ponders

If this had happened when we were together I would have told him, Your biggest problem right now is that I sort of like her. Certainly undertaking a group abduction requires more verve that I had ever imagined from a wife.

In Bierlein’s world, revenge is a dish that tastes even better with a little self-deprecating humor.

With these two stories, Bierlein demonstrates exactly how much verve she’s capable of delivering. Here’s hoping her next collection will serve up even more. 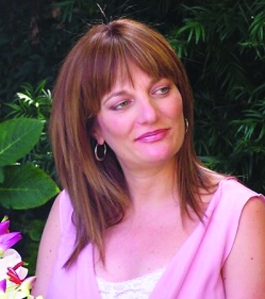