[Reviewlet] The Book of Madness and Cures, by Regina O'Melveny

With her debut novel, Regina O’Melveny's heroine embarks on a journey through Renaissance Europe. Indebted to The Bard, the book inhabits many worlds worth exploring. 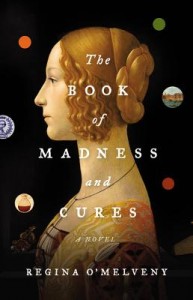 Regina O’Melveny credits many inspirations for her debut novel, The Book of Madness and Cures: Paintings by Bernardino Campi and Vittore Carpaccio; an engraving of the human anatomy by Andreas Vesalius; Dante’s Divine Comedy; the antiquarian market of Campo San Maurizio; and Homer’s Hymn to Demeter, among others. No doubt they fueled the author’s imagination—one feels their echoes throughout. However, one name seems to be conspicuously absent from O’Melveny’s list: William Shakespeare. Many of Shakespeare’s greatest riffs play out within O’Melveny’s story. A perilous journey. A woman disguised in men’s clothing. A pair of quip-tossing peasants. Love won and lost. A great man’s decent into madness. A daughter’s enduring loyalty. Letters that lose their way. For those who love the Bard, O’Melveny’s rich and adventurous tale will evoke some welcome associations. Like Shakespeare, O’Melveny reaches high and wide for an epic story. Enter Gabriella Mondini, a female (gasp!) physician in 16th century Venice. When her father disappears, taking his vast medical knowledge – and professional patronage – with him, Gabriella becomes obsessed with his safe return. She embarks on a dangerous journey that takes her through Renaissance Europe and eventually to Morocco, with only her wits, trusted servants, and father’s cryptic letters to guide her. 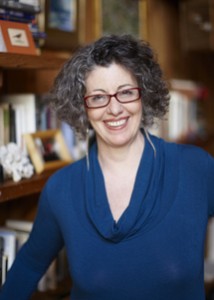 Threaded through the story is a book within a book, as Gabriella works to complete the final entries in a medical encyclopedia, The Book of Diseases, her father’s life work. O’Melveny often employs entries as a mirroring device for plot; thus, Gabriella moves from an entry on “Melancholia” to “Notes Toward Manifestations of Solar Madness, Correlative to Lunacy.” As a framework, The Book of Diseases makes logical sense. However, these medical case studies often feel extraneous, as they don’t often advance the story or reveal character. And further character development would have been welcome. As Gabriella travels, dozens of new faces and names join the story. After the first few countries, it becomes difficult to sort one physician from another. The prose, especially the dialogue, is partly to blame. Characters frequently alternate between overwritten, stilted language (presumably indicative of time period) and casual, contemporary conversation—sometimes within a paragraph. This inconsistency jars the ear, and does a disservice to the narrative, not to mention the characters. Without unique voices, they stand in for ideas, not human beings. What does feel authentic is the world they inhabit. O’Melveny’s vast knowledge shows, and many Renaissance details feel tangible and true. This is a journey story, after all, and O’Melveny keeps the reader hand in hand with Gabriella as she explores unfamiliar landscapes. A voyage tale should allow armchair travel, and this one does. We explore the Schwarzwald, where the braches blow “like skirts trailing across an immense Persian carpet,” brave the wind in Leiden, where it “advance[s] windmill by windmill … setting up a slow shudder,” and jostle via caravan to Taradante, with “the camels snorting, belching and grunting like dyspeptic old men.” These luxurious details bring Gabriella’s story – and O’Melveny’s prose – to life.