"Driscoll’s story chronicles the broad sweep of a life in just a few, short pages."

"Driscoll was a poet before turning to fiction. Poetic language is dreamlike, and therefore suited to close narration. And Driscoll’s elegant language anchors the reader in the haunting dream."

Jack Driscoll’s story “On This Day You Are All Your Ages,” from his latest award-winning collection, The Goat Fish and The Lover’s Knot (Wayne State University Press), seems to have taken a page from Virginia Woolf’s diary. Specifically, an entry during the time she was writing Mrs. Dalloway. Woolf describes her process, saying, “I dig out beautiful caves behind my characters: I think that gives exactly what I want: humanity, humour, depth. The idea is that the caves shall connect, and each comes to daylight at the present moment.”

Driscoll’s story chronicles the broad sweep of a life in just a few, short pages. The day Marjorie Breitweiser is born, her PTSD-scarred father stands atop a war buddy’s speeding van, as though riding a glorious wave, the act resulting in his death. His grieving young widow chants dirges for lullabies, overprotects young Marjorie, and eventually exhorts her to avoid “wild and beautiful boys.” Grown-up Marjorie marries safe—a man with creased khakis and an immaculate flat. While sex remains a work in progress, they move to a cul-de-sac “with asphalt so smooth and black it looks at night like a deep, slow bend in a river you can float down forever.”  Forever lasts fifteen years, until the husband announces he’s gay, characterizing their marriage as “the days interchangeable and leading nowhere.” Abruptly, Marjorie becomes “a casualty of late-stage divorce and addiction to loneliness.” 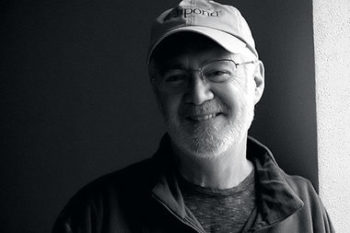 To capture the entire arc of this life in a traditional, narrative fashion—one heavy on scenic writing—would likely require the space of a novel. Yet Driscoll adopts a narrative voice steeped in telling, with a result both lean and compelling. This stance also offers the author the flexibility to move the reader efficiently through time and space, using time both as a thematic element of the piece (Driscoll never lets the reader forget that this story is about time and its passage) and as a structural conceit, simulating the non-linear, free-associative quality of memory moving back and forth across decades, dipping in and out for a moment before alighting elsewhere.

Yet it is Driscoll’s choice to adopt the second-person perspective, invoking both the listener and Marjorie herself in the telling, which truly shapes this story, allowing it to take flight. Here, for example, we begin with Marjorie in middle age, but the narrative swiftly leaps back in time:

“…If you could you’d bury the past and live each day as if it were your last. But the truth is you want her back, that feisty, quirky kid who, in recollection, keeps kissing her own wrist and calls it practice.  Remember that? The eleven-year-old who harangues against any elective surgery to correct those severely crossed and oversize eyes?”

Exposition plus backstory rarely add up to urgency, but in this tale the reader is already leaning forward, searching for him- or herself in the you. Unlike some second-person narrators who address the reader directly, this narrator seems unaware of the reader, speaking only to Marjorie. And in contrast to still other second-person works, such as Ted Chiang’s time-traveling novella “Story of Your Life,” Driscoll’s narrator has no character role, no “I” who reveals himself while addressing the “you.” Rather, the speaker seems both teller and told, evoked to provide an accounting of a life, which Marjorie has so far endured with little agency. Whereas, if the author had chosen first-person, the story might lack the distancing effect needed for Marjorie to fully reflect on her life, and for the reader to learn along with her. With “I,” the distance between narrator and protagonist disappears. The narrator is the protagonist.

Second-person “you,” on the other hand, collapses the distance between reader and protagonist. The experience is similar to watching a movie in a theater. We know we are not the character in the film, but the oversized images, surrounding darkness, and music pull us into what’s happening on the screen, so that we live the story as it happens.

For this form of second-person to work effectively, however, the reader needs a way around its inherent cognitive dissonance, ironic distance, and tension. (I the reader know I’m not Marjorie the protagonist, and yet I must assume that role in order to enter the fictive dream.)  One antidote to dissonance is the writer’s compelling lyrical tone. Driscoll was a poet before turning to fiction. Poetic language is dreamlike, and therefore suited to close narration. And Driscoll’s elegant language anchors the reader in the haunting dream. For example, when the baby Marjorie’s mother pushes her stroller around the block, “she slows down and you watch the illuminated undersides of the clouds as they ferry giant pools of sunlight across the endless sky.” 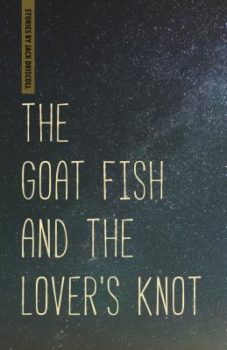 Still, “you” seems like a risky choice. A reader might be inclined to resent the conceit, or to reply: “No. That’s not me,” and then walk away. But in Driscoll’s capable hands the universal qualities of Marjorie’s suffering, the familiar human alienation she experiences, and her wobbly resilience in the face of the ordinary betrayals and tragedies of fathers, mothers, strangers, and lovers, helps bridge the gap of human experience. As does the story’s rendering of how we experience time: “What strikes you, from dawn to dusk, season after season, is that half a millennium is apt to elapse without notice.”

And it is exactly this aspect of the second-person perspective—how it bridges the distance between reader and protagonist, blurring those boundaries—that offers the reader a way into a story that’s unique: by assuming the role of protagonist, we can live even more fully within the tale. True, expecting readers to adopt a new identity does risk creating discord between the known self and the self of the story. But it also offers the potential for transcendence. By the end, perhaps because we’ve agreed beforehand to blur our identity and relinquish control, we are more readily transformed.

Specifically, the transformative act is one of empathy. Not only ours for Marjorie and what she’s suffered, but also Marjorie for her overbearing mother. To twist Marshall McLuhan’s famous 1960s quote “The medium is the message,” it’s possible that in fiction narrative voice is a message. Probing the past brings with it the potential for insight, which is the gateway to metamorphosis.  And what both the reader and Marjorie will encounter in mining the past for clues as to how one experiences a life is that throughout “On This Day You Are All Your Ages,” a mother’s overbearing nature can be sifted to reveal evidence of love, humming to baby Marjorie, sewing Halloween costumes that fit like a second skin, and introducing her to exotic constellations on sleepless nights.

And maybe this is the final gift of the second-person, that despite the merging of reader and protagonist, there still remains enough distance for us to see what the protagonist may not have yet have internalized, offering us a moment of epiphany even if it hasn’t fully arrived for the protagonist herself. For at the end of the time-traveling story, we are back in Marjorie’s infancy, on the day she learns to walk, mother on her knees, calling to her daughter. The description reminds the reader, and presumably Marjorie, of who she is at her core, telegraphing hope and possibility, despite the future’s challenges:

“You do not cry or sit down. You open your clenched fits and take the first impossible bowlegged step on your way to her. It’s easier than you imagine.”