"While not all Aira’s narrators are writers, more often than not you can wrangle some kind of metafictional commentary out of his stories."

Stories We Love: “The All That Ploughs through the Nothing,” by César Aira

"His fiction is baffling and fresh enough to revert even experienced readers back into novices": Eric McDowell on metafiction and writing lessons in César Aira's "The All That Ploughs through the Nothing." Aira's latest in translation, The Little Buddhist Monk & The Proof, comes out today from New Directions.

César Aira isn’t the first name you’re likely to hear in an MFA workshop. Known for a revision-less “flight forward” writing process that’s produced over sixty short, strange novels—100-pagers as full of dizzying philosophical spin-offs as they are head-scratching plot-quakes—Aira goes against almost all the habits of discipline and craft that MFA programs strive to instill in their students. If his books are more likely to inspire breathless undergraduate explication than publishable lit mag fiction, it’s because they’re baffling and fresh enough to revert even experienced readers back into novices. But for those of us five drafts (and how many years?) deep into the novels-in-stories meant to launch our names onto the marquees of American publishing, surely Aira’s work, singular as it is, has some lessons to impart?

Like those of other literary one-offs—Lydia Davis, say, or Nicholson Baker—Aira’s fictional mind can be exhaustively logical, but in all three writers this same quality also often manifests itself in a keenness of perception (and articulation) that rivals the prose of even the most MFA-friendly writers. And you don’t have to spend much time with Aira’s collection The Musical Brain (New Directions, 2015) to understand that he’s also a master storyteller. From linear line drives like “The Dog” (about a dog chasing a man riding a bus) to escalating near-jokes like “The Infinite” (in which two boys compete to see who can name a higher number), from O. Henry-style ahas like “Picasso” (“It all began when the genie came out of the Magic Milk bottle and asked me what I would prefer: to have a Picasso or to be Picasso”) to cryptic parables like “The Cart” (it’s self-rolling… and whispers): Aira’s narrative voice is swift and sure. 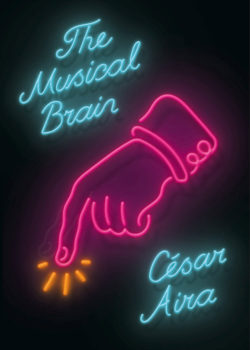 But set against the architectural stability of the stories mentioned above are others, like “The All That Ploughs through the Nothing,” that more closely resemble the relatively roomier spaces of Aira’s novels: weirdly proportioned and almost completely unpredictable, paced like scratched DVDs, almost mashups. In “The All That Ploughs through the Nothing,” Aira’s narrator, a failed writer, spends the first part of the story speculating about the conversational habits of two women at his local gym, a nonstop flow of chatter indiscriminately beset with bombshells regarding major life events. Then, executing a typical Aira about-face, the story turns into an extended statistical excursion, using convoluted hypothetical equations to prove that there are a “thousand million” taxis in Buenos Aires, a fact that, because it’s both mathematically borne out and utterly absurd, proves the existence of a larger abstract concept: “simultaneous superimposition,” where something can be both true and false. (Hang in there—reading Aira is all about deferring comprehension.) Finally, spoilers be damned—after all, Aira’s fiction is so compellingly confounding that it deserves multiple re-readings—the ending shifts into present tense to detail the narrator’s trip to Tandil, where he becomes the first person ever to glimpse “the back of a ghost” but falls ill and dies before he can adequately describe it. What would your workshop say?

While not all Aira’s narrators are writers, more often than not you can wrangle some kind of metafictional commentary out of his stories—and with “The All That Ploughs through the Nothing,” it’s too tempting not to try. Accept the premise that conversation stands in here for writing, and it becomes clear that the women at the gym, who exercise “without interrupting their conversation for a moment”—and in fact are always chatting, wherever the narrator sees them—are practicing a version of Aira’s own prolific nonstop “flight forward” writing process.

By anyone’s standards, the story’s narrator himself isn’t a great writer (despite the fine prose, which we can’t forget is really Aira’s). His evaluation of the two women at the gym as having “everything in common: the same dyed-blond hair, the same clothes, the same reactions, and no doubt the same tastes” bespeaks a kind of writerly laziness on the level of characterization. Accordingly, when he says that “[t]hey conform to a stereotype,” we read into it his own shortcoming as an observer, not the women’s as people or Aira’s as a writer. In fact, the story’s narrator is the anti-Aira (watch out—some details may hit a little too close to home):

At this point, there’s something I should explain about myself, which is that I don’t talk much, probably too little, and I think this has been detrimental to my social life. It’s not that I have trouble expressing myself, or no more than people generally have when they’re trying to put something complex into words. I’d even say I have less trouble than most because my long involvement with literature has given me a better-than-average capacity for handling language. But I have no gift for small talk, and there’s no point trying to learn or pretend; it wouldn’t be convincing…. In short, I speak when I have something to say. My problem, I suppose—and this may be an effect of my involvement with literature—is that I attribute too much importance to the subject. For me, it’s never simply a question of “talking” but always a question of “what to talk about.” And the effort of weighing up potential subjects kills the spontaneity of dialogue. In other words, when everything you say has to be “worth the effort,” it’s too much effort to go on talking. I envy people who can launch into a conversation with gusto and energy, and keep it going…. And I’ve never been able to resolve the conundrum that conversationalists pose for me: how do they keep coming up with things to talk about?

But what especially confuses the narrator about the women’s conversations is the way that big announcements suddenly surface in the ongoing babble of their small talk: “Our car was stolen yesterday,” one might put in after hours of conversation. Or: “My son’s getting married tomorrow.” Or: “Mom died.” But before we get an answer to this fascinating puzzle, eight pages in, the narrator moves on to the issue of the “thousand million” taxis in Buenos Aires, as if those first eight pages didn’t exist. Six pages later, another pivot, into the final stretch of the story: the events leading up to the narrator’s mysterious demise—his encounter with the ghost and his dying struggle to render that encounter in writing. 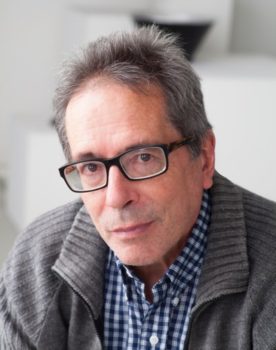 At least from a metafictional point of view, things start to come together in the final pages—fleeting retroactive connections are key to my experience of Aira’s work (as are completely unassimilable remainder details and events)—and at the end of the day, “The All That Ploughs through the Nothing” may actually have some important insights for writers everywhere. Is it a PSA against procrastination, a cautionary tale about the dangers of overthinking? You can’t wait around for inspiration, because you never know when death is coming? “The hardest thing for me is that I did, in fact, have time (once),” he says, “and I wasted it shamefully.” If only the narrator had been more like the women at the gym, writing dutifully every day with no preoccupations about quality or subject matter! Then he might have had the momentum of discipline, or the continuity of process, or whatever it was he needed to record his own big, life-changing event when it happened.

Then again, hasn’t he done just that? While on one level—the narrator’s own—he never has the chance to tell how he saw the back of a ghost in “the kind [of prose] that would have made [him] a great writer,” on another level—Aira’s—he’s already narrated the event. How else would we know about it? It’s a paradox, a “simultaneous superimposition,” both true and false at the same time. “The lesson, if a lesson can in some small way redeem my wasted life,” writes the narrator in his final moments, “is this: you have to get straight to the point… I should have begun with the crucial thing, which no one but I knew about.” He’s right—or is he? It’s true that if he’d gotten “straight to the point,” he would have had time before expiring to narrate his big event. But it’s also true that he’s already narrated it, so writing the Aira way, the way of the women—compulsively and indiscriminately, without worrying about “the point” and understanding that there is no “crucial thing”—has proven to accommodate the big event just fine, too.

So does “The All That Ploughs through the Nothing” have anything to teach writers after all? Yes and no. What’s more certain is that those of us trying to figure out the answer to this riddle should probably be writing. 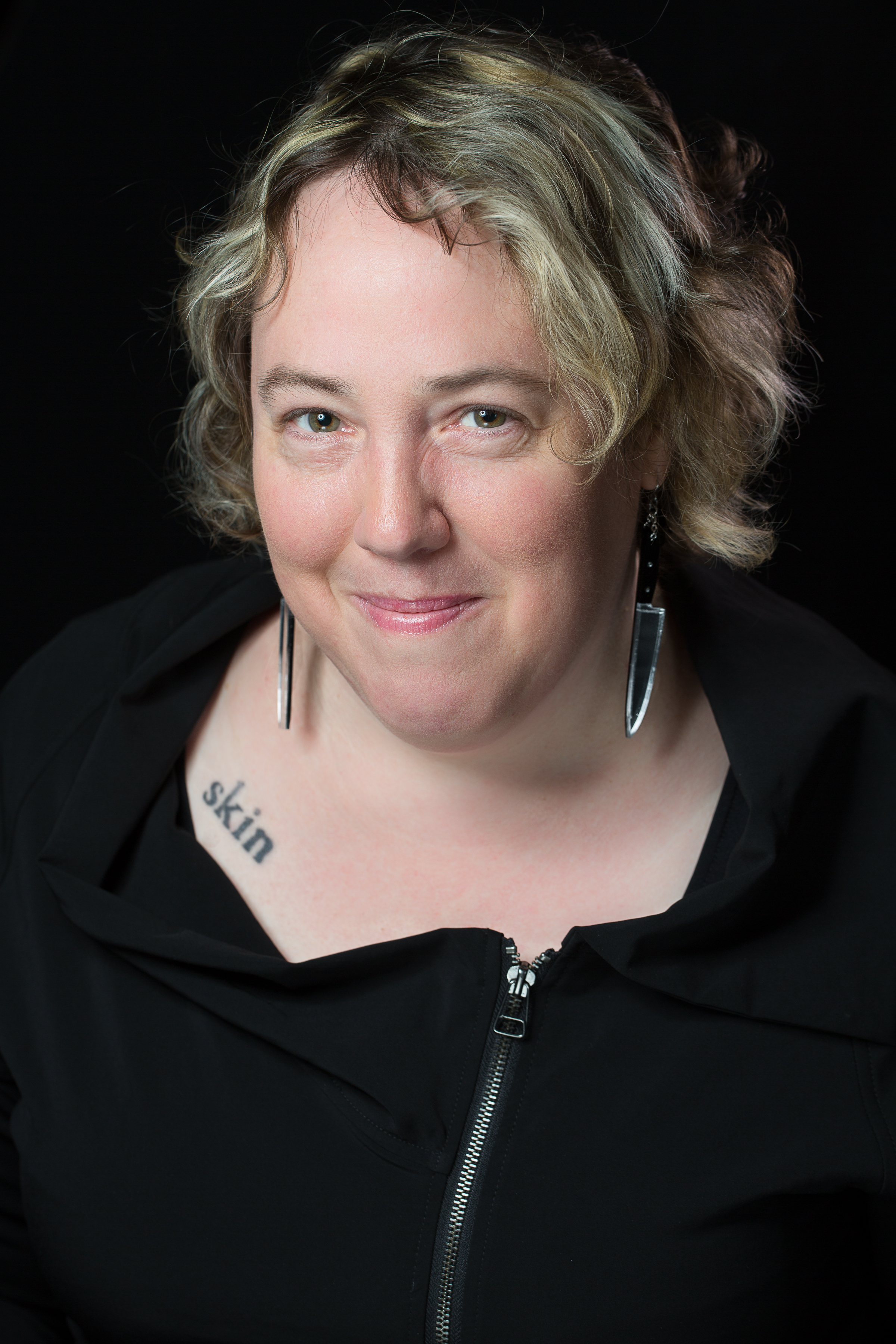 The Book of Form and Emptiness, by Ruth Ozeki