Jonathan Callahan’s first book, The Consummation of Dirk, was selected by judge Zachary Mason as the winner of Starcherone Press’s 8th Prize for Innovative Fiction and has just been released by Starcherone, an imprint of Dzanc. Callahan’s fiction has appeared in The Collagist, Pank, Unsaid, Witness, The Lifted Brow, Quarterly West, Keyhole, >Kill Author, Used Furniture Review, Western Humanities Review, Underwater New York, Washington Square Review, and elsewhere. Essays on Kafka, Thomas Bernhard, Don DeLillo, Rick Moody, LeBron James, and David Foster Wallace can be found in The Collagist, Wag’s Revue, and here at Fiction Writers Review. He grew up in Honolulu, spent a few years in Japan, and currently lives in New York. He is actively seeking representation for his second book,Notes from a Burning Underground, a short novel in three parts. Email him at jonathancalla[at]gmail[dot]com. 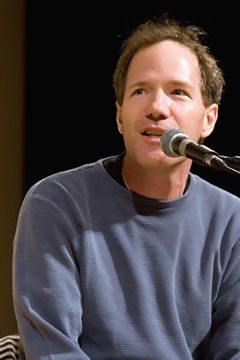 What’s the Deal with Rick Moody

Why has Rick Moody been a favorite target of critics over the years? Jonathan Callahan explores the roots of their displeasure, and makes a case for why Moody’s latest novel, The Four Fingers of Death – an ambitious 725-page Postmodern epic – is the book that will silence the naysayers.