Theodore Zachary Cotler was born in Passaic, New Jersey, in 1981 and raised in Marin County, California. Cotler earned a BA in English from Cornell University in 2003 and an MFA in poetry from the Iowa Writers’ Workshop in 2008.

Cotler is the author of a novel, Ghost at the Loom (2014), a critical monograph, Elegies for Humanism (2014), and two books of poetry, Sonnets to the Humans (2013) and House with a Dark Sky Roof (2011). His awards include the Sawtooth Prize, the Amy Clampitt Residency, and the Ruth Lilly Fellowship. He’s a founding editor of The Winter Anthology. 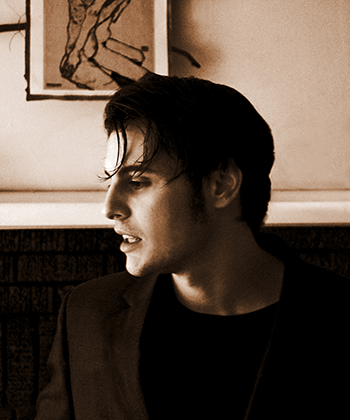 Propaganda and Product Placement in Fiction and Speech

Some of the most complex and weighty signifiers are brand names, celebrity names, clichés, and propagandist phrases like “axis of evil.” These categories overlap: celebrity names are brand names, brand names are propaganda, propaganda is cliché, etc. “Axis of evil” is a place to start because of its obviousness. No educated person I have met can vocalize this phrase without quotation marks implicit in the vocal texture. What do these quotation marks mean? I think they mean we don’t wish anyone to think we are complicit with the ideology behind the phrase. We use quotation marks to indicate awareness of […]