Tim Hedges holds degrees from Cornell University, Ohio State University, and the University of Michigan, where he is currently a Lecturer. His fiction has appeared in Sycamore Review, Harpur Palate, The Summerset Review, Soundings East, and Cicada. A native of Ohio, he taught high school English near Boston just long enough to see the Celtics win a world championship, the Red Sox win two, and the Patriots win three. He does not like any of those teams. He now lives near Detroit with his wife and son. Three books that may or may not have made him cry are Love of Seven Dolls by Paul Gallico, Life of Pi by Yann Martel, and The Things They Carried by Tim O’Brien. Stories We Love: "The Smile on Happy Chang's Face"

So there we were. Full count, bases loaded, two out. Championship game. A score of 1 – 0. The whole season narrowing down to a single pitch. Cue the slow-motion. Cue the Hollywood score: soaring strings, a drumbeat to match the rhythm of our hearts. We’ve seen this moment before. What we’ve not seen is the twist in Tom Perrotta’s short story “The Smile on Happy Chang’s Face.” The pay-off pitch strikes the catcher’s mitt, and our narrator, the volunteer umpire, refuses to make the crucial call. But we are Americans, you say. We are all about winning and losing. […] 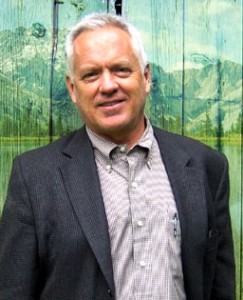 Learning About the Dark: An Interview with Ron Carlson

“Whatever you do, stay in the room.” So advises Ron Carlson in his book on the craft of writing, appropriately titled Ron Carlson Writes a Story. He knows what world exists on the other side of the door: a world full of televised sports, dirty dishes, iced mochachinos. A world full of distraction from the task at hand. Writing, he argues, is about staying in the room, pushing beyond the point where your eyes glaze over and your fingers refuse to type. That’s where the magic lies.