The Debutante, by Kathleen Tessaro

A tale of two Londons—present-day and the glitter and doom of the 1920s and 30s—and a shoebox containing a mystery lie at the heart of Kathleen Tessaro's delectable fourth novel, The Debutante. Lauren Hall calls the book a "fast-paced and enjoyable ride," equal parts historical mystery and smart, gossipy love story. 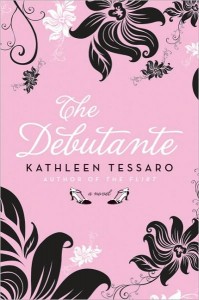 When Kathleen Tessaro set out to write The Debutante (HarperCollins, 2010), she had a very different story in mind. It was to be a mystery that took the reader into the depths of London’s Victoria and Albert Museum; a “seemingly brilliant” concept that she quickly realized was far too overwhelming for the tightly-paced story she intended to tell. Help arrived in the form of fellow writer Annabel Giles, who handed Tessaro a 1930s shoebox filled with vintage treasures, and strict instructions not to open it until the point in the story when the protagonist finds it.

If only every writer had a friend like Annabel Giles.

It’s a brilliant device, and Tessaro followed orders, unpacking the shoebox one item at a time alongside her protagonist, Cate Albion, a beautiful young artist with a mysterious past. Cate has come to London to inventory Endsleigh, a formerly grand country estate, on behalf of her eccentric aunt Rachel’s auction house. Together with Rachel’s sole employee, Jack Coates, she uncovers far more than expected in the crumbling Devon manor, and finds herself drawn into a 1930s mystery that eerily parallels the novel’s present-day action.

The shoebox leads Cate to the Blythe sisters, shining new-money debutantes who took London by storm between the wars. She becomes fascinated with the Blythes, particularly the youngest, Diana “Baby” Blythe, who built her delicious reputation on recklessness and then disappeared without a trace. Compelled to uncover Baby’s fate, Cate steals away with the shoebox and sets out to unravel Endsleigh’s greatest mystery. The Debutante is a fast-paced and enjoyable ride between present day London and the gilded world of the Blythe sisters, which Tessaro wisely chooses to reveal through letters and correspondence rather than through flashback. She’s at her best in these letters, which are pitch-perfect in tone, content, and form. In an early letter, a young, carefree Baby writes,

Have just tried to cut my own hair with a pair of sewing shears and now look like the boy who delivers for the butcher’s. Anne has kindly lent me a cloche. Pray for me.

Later, as both London and Baby grow darker and more desperate, she writes, “You know I’m languishing here and therefore it’s your civic duty, on behalf of the war effort, to send me as much gossip as possible.” The letters are so rich that they could almost be read as a standalone manuscript, revealing just enough to advance the mystery, while aligning brilliantly with Cate’s own discovery process.

Holding everything together—Cate, Jack, Rachel, the Blythe mystery, even Rachel’s business—is an overarching theme of infidelity. Although slightly heavy-handed at times (Rachel wears only red shoes, as if she is channeling Hester Prynne from the ankle down), it provides enough of a through-line to keep the various characters tethered and relevant to one another. Ultimately, this is not a story about the past; it’s a story about surviving the past, making the necessary adjustments, and moving on.

And while people may move on, places cannot. As Cate and Jack meticulously document the contents of Endsleigh, they do so knowing they will be the last to see it as it is, or rather, as it was. Tessaro has a precise sense of place, and positions Endsleigh as a character equal to her protagonist:

It was impressive yet at the same time unruly, showing signs of recent neglect. The front lawns were overgrown; the fountain spouted dry tufts of field grass…there was no one to care if the guttering sagged or the roses grew wild. It was a house without a guardian.

She also pays careful attention to London—both the modern city of today and the glittering world of the 20s and 30s—in shaping and advancing her story. The fact that The Debutante could not have been told in any other place, at any other time, is a testament to how well Tessaro knows her setting and how beautifully she evokes it for the reader. Perhaps the most difficult part of writing a mystery is its conclusion. Balancing the reader’s expectation for resolution with a defendable truth for one’s characters is a tricky proposition, and Tessaro falters a bit here. With so many plot strings at loose ends, there is simply no way to wrap them up in a neat bow. Her attempt to do so feels somewhat unbelievable, as if the world of mystery has been abandoned for magical realism.

Regardless of where it ends up, The Debutante is an undeniably page-turning journey. Equal parts historical mystery and delectable gossip, it’s a story worth telling, and worth repeating. Baby Blythe would approve. 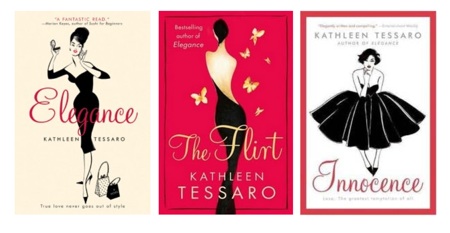