"If you like Kelly Link and Karen Russell, you’ll love Clare Beams."

We Show What We Have Learned & Other Stories, by Clare Beams

"Any adult who has spent significant time with young people knows these feelings—the loss of a childhood self, the urge to save a teenager from your own mistakes. We Show What We Have Learned is full of these moments of doubling and their accompanying ache."

How do you write a ghost story? Not the stale, ghost-in-the-attic kind, but a really good one? You need the right setting. It should be familiar yet eerie, a house just like the one you grew up in, except all the windows are boarded up and the TV plays static. You need a hero whose personality teeters between arrogance and guile, the kind of person who’d mess around in a haunted house. And you need that thread of doubt: does the hero fear ghosts or does she want to be one? After all, no one goes into a haunted house without a death wish. In a ghost story, the thing you fear is also the thing you most long for.

Ghost stories are delicate, hard to pull off. Henry James did it in Turn of the Screw. Shirley Jackson, in The Haunting of Hill House. And Clare Beams does it in her debut collection, We Show What We Have Learned & Other Stories (Lookout Books), which reads like a collection of ghost stories without the ghosts.

Is that a confusing thing to say? Well, Beams’ work is hard to categorize. The stories in We Show What We have Learned feel outside of time. Though some are explicitly historical fiction, even the ones taking place in the present-day have an antique quality. Her work is full of gothic echoes: like Henry James and Charlotte Brontë, Beams populates her stories with unmarried women, many of them teachers. Like the mansion in Shirley Jackson’s Hill House, setting in We Show What We Have Learned is claustrophobic and constantly morphing. In “World’s End,” an enigmatic robber baron commissions a landscape architect to construct a utopian community; “All the Keys To All the Doors” features a cookie-cutter community tormented by disappearances; “The Saltwater Cure” is set in an actual swamp supposedly possessed of curative powers.

There’s a feeling of anarchic possibility in Beams’ work that is both delightful and unsettling. If you like Kelly Link and Karen Russell, you’ll love Clare Beams. And like Link and Russell, Beams’ work plays with stylistic choices that often appear in Young Adult novels. Even in morally ambiguous situations, her narrators command loyalty. I would have loved this book at seventeen just as much as I did at twenty-seven. 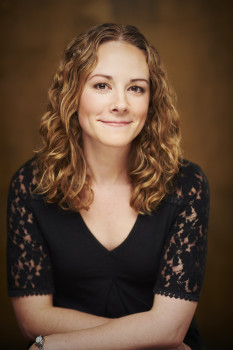 This blend of gothic and Young Adult is particularly vivid in “Hourglass,” the collection’s opening story, which follows a teenage girl during her first year at a boarding school promising a “transformational education.” Melody is shy and quiet, a misfit lover of mystery novels. Gilchrist School is old-fashioned, askew in a way that’s initially hard to put your finger on. It’s a classically creepy set-up, and I was primed for Melody to become an unlikely hero, resisting the school’s philosophy and eventually discovering a dark secret that only she can explode.

I wasn’t entirely wrong: Gilchrist is sinister. Run by a charismatic but overbearing headmaster named Mr. Pax, the school aims to shape the girls into a demure ideal of womanhood by controlling every aspect of their lives. But I was wrong about Melody: the more violent and frightening the school’s restrictions grow, the more she embraces them. “If this man wants to try to change me,” she silently vows one morning in Mr. Pax’s office, “I will let him.”

“Hourglass” makes a fairly blunt point about the abusive standards imposed on women’s bodies—if there’s a critique to be made of Beams’ work, it’s that her writing is occasionally heavy-handed—but Melody’s pliability is ultimately what makes the story so haunting. It would have been easy for Beams voice her critique of normative beauty standards through a narrator who shares her objections. Instead, she wrote Melody. Not the girl who resists the shaping but the girl who longs to be shaped. In “Hourglass,” Beams captures the perverse satisfaction of fitting in by hurting yourself in exactly the right way.

And this was the quality that not only kept me reading, but made We Show What We Have Learned impossible to put down: in every story, I recognized some shade of myself. (When I said I would have loved this collection at seventeen, what I really meant was, I could’ve used it.) Beams’ stories have a laser-focused honesty that reminds you of the pieces of yourself you’d rather not look at—the conformist, the manipulator, the egotist—yet her work is also profoundly generous, circling back again and again to the tremendous need that makes us behave in ways that are less than noble.

This circularity is mirrored in the collection’s structure, which begins and ends with stories about school. While “Hourglass” is told through the eyes of a student, the final story is narrated by a teacher. In “The Renaissance Tournament,” a high school English teacher named Julia coaches her top student, Emily Branch, through a grueling academic triathlon. As the competition progresses, Julia begins to see troubling echoes of her younger self in Emily. When Julia confronts her, Emily—in high teenage form—asks if it’s her scores that Julia is concerned about. The passage in which Julia ponders her response is one of the loveliest and most astute in the collection:

I wonder how to explain it to her: that it’s the way she’s playing that frightens me. That in her life she has the capacity to become wondrous, but not if she makes the choice I fear she’s making while we all watch, to put something else ahead of her brain. It’s not a choice you can revise later. You think it is, while you’re succumbing to an experience of love that really you’re lifting right out of all of your books…The books themselves make you think that maybe books aren’t the most important thing after all…[but] when you go to look for those books…they aren’t where you left them, aren’t any place you know, anymore, how to find.

Any adult who has spent significant time with young people knows these feelings—the loss of a childhood self, the urge to save a teenager from your own mistakes. We Show What We Have Learned is full of these moments of doubling and their accompanying ache.

Like uncanny settings and untrustworthy narrators, doppelgangers are another hallmark of the gothic. So maybe Beams’ book is a collection of ghost stories after all: if a ghost is a present absence, then these stories are full of ghosts. Beams writes landscapes and characters taunted by past selves and impossible dreams. Her work is evasive and direct, fantastical and deeply real. In We Show What We Have Learned, Beams has crafted a true haunting.