excerpt from Donald Maass's The Fire in Fiction 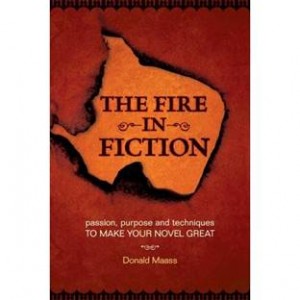 Today, agent Donald Maass‘s new craft book published, and he was kind enough to share the following excerpt with FWR readers; scroll down to read more about the book and its author.

Do you have style?

Some authors have a plain prose style. That is said often of John Grisham, James Patterson and Nicholas Sparks. They are strong storytellers and best sellers so I dare say they are not much bothered about it.

Other writers are known almost entirely for their way with words. Reviewers swoon over their “lapidary” prose (I had to look it up) and their “closely observed” take on their subjects, which I sometimes think is code for not much happens. Prose stylists can sell well too which, for me, implies that fiction’s punch and appeal is achieved in part by writing with force.

Now by that I do not mean just words as bullets; I mean that impact can be felt from the many ways in which the author’s outlook comes across. Having something to say, a theme, is important as how you say it, or how your characters do.

What’s your narrative style? I don’t care about your choice particularly, but I do care whether or not you have a distinctive way of telling your tale. That is part of your power.

from The Fire in Fiction by Donald Maass 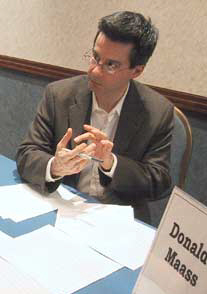 Description: In his new book, New York literary agent Donald Maass illuminates the techniques of master contemporary novelists. Some authors write powerhouse novels every time. What are they doing differently on the page? Maass both explains and shows how you can use these techniques in your current manuscript.

Author bio: A literary agent in New York, Donald Maass’s agency sells more than 150 novels every year to major publishers in the U.S. and overseas. He is the author of The Career Novelist (1996), Writing the Breakout Novel (2001), Writing the Breakout Novel Workbook (2004) and The Fire in Fiction (2009). Maass is a past president of the Association of Authors’ Representatives, Inc.