"Even the most fatuous dreams make perfect sense. You must write from the same place you dream"

Something I often heard in my experience as an MFA student was that one should write “painfully slow,” making every sentence count by tinkering with each word before moving on to the next one. In short: the story stalls, or never soars. The sentence is god. Typically, creative writing courses focus on the language of scene, character, plot, and dialogue the way we learn the parts of speech. This is the predicate; it should follow the subject sounds incredibly similar to This is the denouement; it should follow the climax. Even at the graduate level, workshops expend their energy with line edits and craft, technique—always sharpening the tools, never learning how to use them to extract any particular meaning.

As I’ve made the transition from MFA student manufacturing stories for workshop to working writer creating stories for publication, I’ve realized the disconnect between the formal teaching of writing and the actual process of writing. Since I’ve discovered that writing is much more spiritual than craft-based, the disconnect might best be explained by asking: Was the Bible dictated by God “word for word” or was the inspiration more dynamic, allowing for the human writers to employ their own language that best matched that strange, sublime, and prophetically beautiful feeling experienced in some deep sleep?

Consider Dionysia. During the Greek festival, participants paraded around with homemade phalloi (penises) decorated with ribbons, wings, and painted faces. Drunk off tubs of wine, the Greeks subverted societal standards and ideas of obscenity. After everyone had reached a point at which their passions washed on the shores of sexual energy, they performed dithyrambs, erotic dances, and theatrical tragedies. Despite the inherent chaos of the festival, Dionysia was noted for its superior stage performances. This was when actors and choruses reached their full potential. If this were an actual How-to Guide, perhaps this is Step One: Get drunk and evoke the libido. 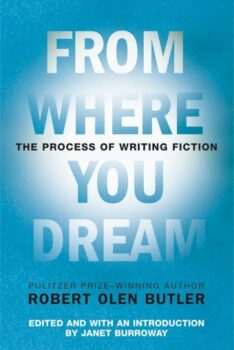 And then there’s Bede’s conversion of the Old Norse myth into Christian legend. According to legend, the ancient bards received their musical talent from Bragi, the Old Norse deity. None of this could be proven, of course, as bards performed extempore songs and refused writing them down, so Bede tells us the story of Caedmon, a herder who wanted nothing more than to perform the elegiac lyrics of his time. However, poor Caedmon lacked all formal training in poetry and music and was thus ignored by Bragi. Not to worry. One night, Jesus appeared in Caedmon’s dream and suggested to him his titular hymn, for which Caedmon would always be known. There’s Step Two, if you’re counting: Should your god fail you, pick a new one.

No matter where you look in artistic inspiration’s long history, you will find a common thread that ties to a sort of divine reception. Coleridge expressed this in his poetry, how one can only be inspired by being a passive receptor to the natural world, “where the breeze warbles, and the mute still air / is Music slumbering on her instrument.” Coleridge loved the symbol of the Aeolian harp, which could play itself without the conscious effort from any person. Considering this Romantic symbol of the subconscious, there is a powerful element to inspiration that we cannot trigger; rather, we are triggered by it. This realm of existence, what some call our “dreamscape,” does not know language as does our conscious mind. Our subconscious is driven by imagery, emotion, and passion, and we must write—as Robert Olen Butler tells us in From Where You Dream—from this same place. We cannot produce art. What supersedes craft, technique, and all the skills learned in workshop is the sensual—dare I say, divine—experience of life. Butler claims that artists “encounter the world out there primarily in [their] bodies, moment to moment through [the] senses. Everything else derives from that.” And everything else—“all the stuff of the mind, all the analysis, all the rationalization, all the abstracting and interpreting—follows upon that point of contact, in the moment, through [the] senses.”  It is those encounters with the world that provide the raw material worth writing. And we cannot will those encounters into existence. We can only receive. We are the instrument.