Where I've Been Reading (Online): a guest post by Matt Bell

Editor’s note: As part of our continuing celebration of Short Story Month, we’re delighted to present a guest post by Matt Bell, editor at Dzanc Books and of the literary magazine The Collagist. 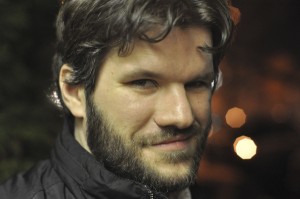 There’s so much good fiction online that writing about only a few of the magazines out there seems an incredibly unfair task: During my reading for the Best of the Web anthology that we publish at Dzanc, I’ve read thousands of pieces from hundreds of magazines, and there are probably dozens of magazines you should be reading as often as humanly possible. To make my task in this post manageable, I’ve decided to focus primarily on publications that I think are publishing some of the Internet’s best full-length stories. This isn’t because of any bias against flash fiction—I love what the Internet has done for flash—but because for a long time there was this idea that online magazines were badly suited for publishing longer stories. Thankfully, I think that’s mostly passed: We’re getting more and more used to reading at our computers, and of course e-readers and tablets are making it easier to consume the internet in more comfortable situations.

Here are six publications I think are doing great work with short stories and other longer forms of fiction online:

Diagram: One of the most unusual magazines in existence, Ander Monson‘s Diagram is full of strange schematics, broken blocks of text, and unconventional storytelling structures. The work here is often work that I can’t imagine appearing anywhere else, and it creates an aesthetic experience unlike anything else on the Internet. Definitely a favorite magazine of mine since I first starting reading online, and its quality continues to rise.

Web Conjunctions: Sure, Bradford Morrow‘s Conjunctions is a print magazine, and already one of the best in that realm. As if that wasn’t enough, they also publish new work every week in their web version, and it’s just as good. (My understanding of Web Conjunctions is that it’s a place to publish work the editors loved just as much as what goes in the print version, but that didn’t fit inside the theme of the issue being read for.) There are also years and years of archives, making it a place you’re unlikely to exhaust soon.

Fifty-Two Stories: Edited by Harper Perennial’s Cal Morgan, Fifty-Two Stories publishes a new story every week, from both HP-affiliated writers and those publishing with other publishers of all different sizes. Morgan has an excellent eye for talent, and the stories published on the site are always interesting and often surprising. This is somewhere I visit every week, and you should too.

Necessary Fiction: One of the things the Internet makes easily doable is serialization, which has otherwise mostly disappeared from the literary landscape, at least outside of genre fiction. Thankfully, magazines like Necessary Fiction (edited by Steve Himmer) are bringing it back, serializing novels and novellas in addition to weekly stories and an innovative writer-in-residence model. Most recently, they serialized Jeff Vande Zande’s novella “The Slow Moon Climbs” throughout the month of April, and before that they published a novel by Grant Bailie titled New Hope for Small Men, which they then made available as an eBook.

Harp & Altar: Eugene Lim, the fiction editor of Harp & Altar, is also the editor of Ellipsis, one of my favorite small presses that deals exclusively in fiction. His expertise shows at Harp & Altar as well, where he regularly picks a variety of different kinds of innovative texts for each issues. There’s usually a bit of a wait between issues—it’s one of the rare online magazines that only come out once every calendar year or so—but it’s always worth it.

Unsaid: Ending with another print magazine? Yes, in part because David McLendon’s Unsaid has been a leader in the trend of print magazines making more and more of their content available to online readers. In this case, that means putting almost all of its print from its back issues online, so that even though its first few issues had smaller (and now sold-out) print runs, that content lives on, available to readers. And good for us: Each issue of Unsaid is a textbook of inventive and heartfelt advances in the use of diction and syntax and form, and shouldn’t be missed by anyone curious about the possible futures of fiction. The fact that a thousand pages of the magazine are freely available online is a gift.

These are just a few of the places I find myself constantly circling back to, looking for new stories to read, rereading old ones. Once you’re done with those, here are some other magazines whose fiction I wouldn’t want to have to live without: Guernica, Action Yes, Abjective, PANK, Wigleaf, Everyday Genius, Annalemma, elimae, Hobart, Storyglossia, SmokeLong Quarterly, Knee-Jerk, > kill author, Juked, NOÖ Journal, and many others.

So much of what’s strong and interesting and potentially lasting about contemporary fiction is happening in these and other magazines, all of which are perhaps ironically being published in the seemingly temporary medium of the Internet, where everything moves so fast it seems little of it will remain there for long. That’s probably not true—we all know that everything on the Internet will likely be archived forever, even if we don’t want to believe it. But even if it were true, the stories I’ve read in these publications have thankfully already proved permanent in their residences within me, and I’m sure that in their many pages you’ll find stories that will do the same for you.

Matt Bell is the author of How They Were Found, a collection of fiction published by Keyhole Press in 2010, and Cataclysm Baby, a novella forthcoming from MLP in 2012. His fiction has been selected for inclusion in Best American Mystery Stories 2010 and Best American Fantasy 2. He works as an editor at Dzanc Books, where he also runs the literary magazine The Collagist.