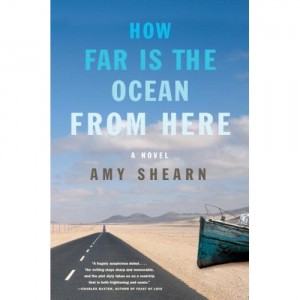 How Far is the Ocean from Here, Amy Shearn’s captivating debut, follows a young surrogate mother who flees to the desert shortly before her due date. Accomplishing a seemingly impossible goal, the novel sustains the quality and language of a short story for 320 pages. Shearn exceeds at painting characters and relationships – particularly the bond between surrogate Susannah and father Julian; an adopted child himself, Julian feels a strong pull to the woman carrying his first blood relative–much to the chagrin of his wife, Kit. The book’s POV, a shifting third person with hints of omniscience, is ambitious and […]