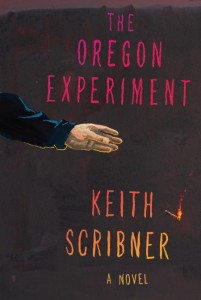 Last week we featured The Oregon Experiment as our Book-of-the-Week title, and we’re pleased to announce the winners. Congratulations to: Ed Quest (@edquest) Shuchi Saraswat (@ssaraswat) Matt Ellsworth (@1MJE) To claim your signed copy of this collection, please email us at the following address: winners [at] fictionwritersreview.com If you’d like to be eligible for future giveaways, please visit our Twitter Page and “follow” us!

This week’s featured title is Keith Scribner’s The Oregon Experiment. Published last month by Knopf, this book is Scribner’s third novel. His first, The GoodLife, was a New York Times Notable Book of the Year in 2000. He is also the author of the 2003 novel Miracle Girl. Scribner’s fiction and non-fiction has appeared in such places as TriQuarterly, American Short Fiction, Quarterly West, The North Atlantic Review, the San Jose Mercury News, the Baltimore Sun, and the anthologies Flash Fiction Forward (W.W. Norton) and Sudden Stories: The MAMMOTH Book of Miniscule Fiction. He received both Pushcart and O’Henry Prize […] 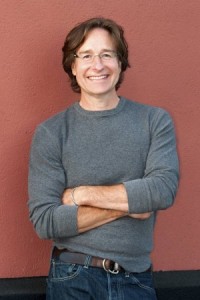 Perfume from Whale Vomit: An Interview with Keith Scribner

When WTO protestors mobbed downtown Seattle in 1999, breaking windows and burning dumpsters, Keith Scribner was a new father, and it made him wonder how it would feel to have that chaos on his own street. In an interview with J.T. Bushnell, Scribner talks about how those thoughts sparked his newest novel, The Oregon Experiment, what it means to pursue the writing life, and why perfume labels don’t list the ingredients.