Ian Ross Singleton is a writer, translator, and professor of Writing at Baruch College. His short stories, translations, reviews, and essays have appeared in journals such as New Madrid, Digital Americana, Midwestern Gothic, Fiddleblack, Asymptote, and Ploughshares. His short-story collection manuscript, Grow Me Up, was a finalist for the 2017 Tartt Fiction Award. He was a student at the University of Michigan and earned an MFA in Fiction from Emerson College. At the University of Michigan, Ian won a Hopwood Award. He has taught Creative Writing and Literature for New York Writers Workshop, PrisonWrites!, the Osher Lifelong Learning Institute at San Francisco State University, Cogswell Polytechnical College, the Cambridge Writers’ Workshop, the Prison University Project, and the PEN Prison Writing Program. 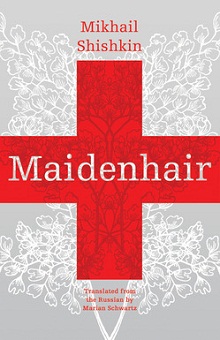 The Value of Naïveté: Shishkin’s Maidenhair in Russian and English

“There is an experience it implies, a weary worldliness with which many writers aspire to imbue their characters.”