Last week’s feature was Ben Stroud’s debut collection, Byzantium, and we’re pleased to announce the winners: Dina Del Bucchia (@DelBauchery) Brian Ralph Short (@heystorytellers) TaffyBrodesser-Akner (@taffyakner) Congrats! To claim your free copy, please email us at the following address: winners [at] fictionwritersreview.com If you’d like to be eligible for future giveaways, please visit our Twitter Page and “follow” us! Thanks to all of you who are fans. We appreciate your support. Let us know your favorite new books out there!

Book of the Week: Byzantium, by Ben Stroud

This week’s feature is Ben Stroud’s debut collection, Byzantium, which won the Bakeless Fiction Prize and was recently published by Graywolf. Stories in Byzantium originally appeared in such places as Harper’s, Ecotone, The Boston Review, One Story, Electric Literature, and New Stories from the South. Originally from Texas, Stroud holds a BA in English and History from the University of Texas at Austin and an MFA in Fiction and a PhD in Twentieth-Century American Literature from the University of Michigan. He has received residencies from Yaddo and the MacDowell Colony, and has taught literature and creative writing at universities in […] 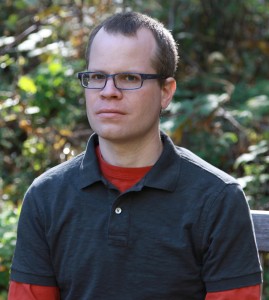 Kyle Minor talks with Ben Stroud about his debut story collection, Byzantium, released this week from Graywolf. The two discuss story origins, the importance of delivering story, and how some writers get bogged down writing about history.