Which came first, the moody teen, or the YA fiction that moody teens often gravitate towards? Linda Holmes of NPR responds to a recent Wall Street Journal editorial that criticized YA fiction for being “too dark”: I’m more intrigued by the aspirational nature of the quaint but sad idea that teenagers, if you don’t give them The Hunger Games, can be effectively surrounded by images of joy and beauty. While the WSJ piece refers to the YA fiction view of the world as a funhouse mirror, I fear that what’s distorted is the vision of being a teenager that suggests […] What happens when you take The Great Gatsby and try to make it more “accessible”? This: Gatsby believed in the green light, the orgastic future that year by year recedes before us. It eluded us then, but that’s no matter–tomorrow we will run faster, stretch out our arms farther. . . . And one fine morning—- So we beat on, boats against the current, borne back ceaselessly into the past. becomes this: Gatsby had believed in his dream. He had followed it and nearly made it come true. Everybody has a dream. And, like Gatsby, we must all follow our […] What’s wrong with these two sentences? We will keep the book in our stacks for another two weeks. If you decide to order a review after that time, we will ask you to send another copy. That’s from an email Chad Post of Three Percent received recently from ForeWord Reviews. Yes, you read that right: “if you decide to order a review.” ForeWord Digital Reviews, as the email explained, charges authors to have their books reviewed: Digital Reviews is our new review service for books that meet our standards for worthy books, but which we can’t cover in our print […] A couple of months ago there was an online kerfuffle after Bitch Magazine posted a list of 100 feminist YA books, and then removed three books from that list after a few commenters complained about them, for various reasons. Then other commenters cried censorship, including some other authors on the list who asked to be removed. You can read our original post about the melee here, and, should you dare, the 432 original comments here. To soothe and engage, Bitch decided to let readers vote on five books that would become an online YA book club. On the first Friday […] A few weeks back, I blogged about the AOL purchase of the Huffington Post and the questions and ethics of when writers choose to write for free. Yesterday, GalleyCat reported that Visual Art Source publisher Bill Lasarow has ceased to post his content for free on the HuffPo site and calls for a more general bloggers’ strike. In Lasarow’s original manifesto on why he feels strongly about this issue, he states: We think it is incumbent upon the many writers and bloggers to form a negotiating partnership with Huffington/AOL in order to pursue these and other important matters so as […] 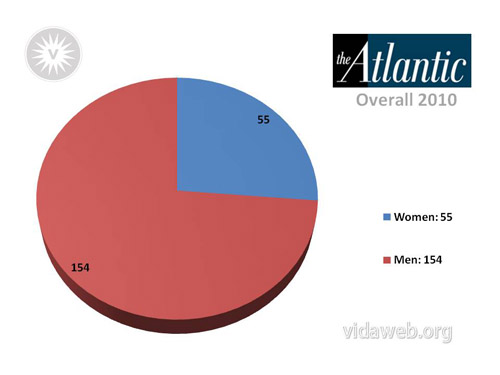 Recently, I wrote about literary cameos on The Simpsons. In response, Charlotte wondered, “Are they tweaking on the Franzen gender controversy by only having literary cameos by men?” This is a timely question. A recent study by VIDA: Women in Literary Arts showing that male writers vastly outnumber female writers at many major literary magazines—as writers, reviewers, and review subjects. The New Republic, startled by this disparity, did some number-crunching and found that publishers also publish fewer books by women than men: In fact, these numbers we found show that the magazines are reviewing female authors in something close to […] 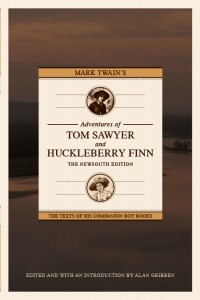 New South Books, an Alabama publisher, plans to release a version of Mark Twain’s Adventures of Huckleberry Finn wherein the n-word is replaced by the word “slave.” 219 times. The professor who originally approached the publisher with the idea did so because he himself felt uncomfortable using the word in class. I, of course, feel uncomfortable even writing it out. And if I were teaching Huck Finn, I wouldn’t utter it either, though its presence certainly wouldn’t keep me from teaching the book in the classroom and discussing this discomfort with my students. Needless to say, the release of this […] 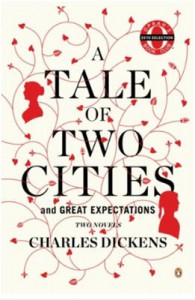 No flack from Chuck

Anyone with a television set (by no means a given anymore) and network reception (ditto), has probably not escaped the fact that this is Oprah’s last season. Her most recent Book Club selection – announced during her show featuring Jonathan Franzen, post-controversy – were not one, but two novels by Charles Dickens. The Oprah Book Club paperback version combining A Tale of Two Cities and Great Expectations, clocks in at a whopping 848 pages (oh, the serial novelist!). Oprah has picked classics in the past, East of Eden, As I Lay Dying, and Anna Karenina have made the list. At […]

With the 2010 Man Booker Prize announcement just over a week away, let’s take a quick look back. The Booker is one of world’s top literary prizes, and Booker prize winners are regarded as highly influential books. So what effect did last year’s winner, Hilary Mantel’s wildly popular Wolf Hall, have? First, the personal effect on the author herself: in The Economist’s Intelligent Life, Mantel describes her experience winning the Man Booker Prize. Some nine months on, I can report that the Man Booker has done me nothing but good. Because I am in the middle of a project—my next […]