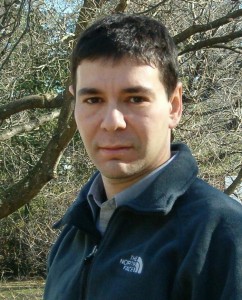 Sitting on Nails and Staring at the Wall: An Interview with Jacob M. Appel

“Could Biology take place anywhere but New York?” Emily Schultze asks Jacob M. Appel about his new novel, The Biology of Luck, a modern-day take on Ulysses. “No,” Appel replies. “In my psychotic moments I thought maybe I’d put it in Dublin, but then I always came to my senses.”