“The fetishization of Devon’s body reveals the uncanniness of the ‘normal’ teenage body, held up as the ideal of beauty and desirability though it is, in a sense, incomplete”: Mary Stewart Atwell reviews Megan Abbott’s latest novel.

Our most recent feature was Megan Abbott’s Dare Me, and we’re pleased to announce the winners: Peter Mountford (@PeterMountford) Alan Heathcock (@alanheathcock) Gina Ardito (@GinaArdito) Congrats! To claim your free copy, please email us at the following address: winners [at] fictionwritersreview.com If you’d like to be eligible for future giveaways, please visit our Twitter Page and “follow” us! Thanks to all of you who are fans. We appreciate your support. Let us know your favorite new books out there!

Book of the Week: Dare Me, by Megan Abbott

Our current feature is Megan Abbott’s new novel, Dare Me, which was published earlier this year by Reagan Arthur Books. She is also the Edgar-winning author of the novels Queenpin, The Song Is You, Die a Little, Bury Me Deep, and The End of Everything. Dare Me is a crime novel set in the world of competitive high school cheerleading. It has been short-listed for the Steel Dagger Award for the Crime Writers’ Association and optioned for a feature film by Fox 2000. Abbott’s writing has also appeared in The New York Times, Salon, Los Angeles Times Magazine, The Believer, […] 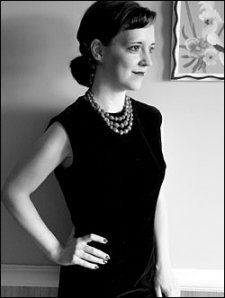