Posts Tagged ‘The Wake of Forgiveness’ 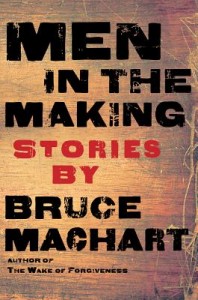 This week’s feature is Bruce Machart’s debut story collection Men in the Making, published this week by Houghton Mifflin. He is also the author of the acclaimed 2010 novel The Wake of Forgiveness, which won the Steven Turner Prize for debut fiction from The Texas Institute of Letters. It was also selected by Independent Booksellers for their Indie Next List and by the Mountains and Plains Independent Booksellers Association as its “Reading the West” book of the year, as well as named a finalist for the PEN/USA Literary Prize. The stories in this new collection have appeared in Zoetrope: All […]