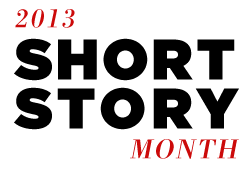 In our fifth year of celebrating May as Short Story Month, we’d like to once again recognize the astounding efforts of Dan Wickett, founder of the Emerging Writers Network and co-founder of Dzanc Books. On May 1 of 2007, Dan dubbed May “Short Story Month” as a way of championing the short form. Larry Dark (founder of the Story Prize) got on board soon after, and in 2009 (after less than a year in existence, having formed in fall of 2008) FWR joined too. We haven’t looked back!

So here’s to another great May full of short fiction. We hope you’ll join us regularly throughout the next few weeks, and that you’ll help us spread the word. Thank you!