Posts Tagged ‘An End to all Things’ 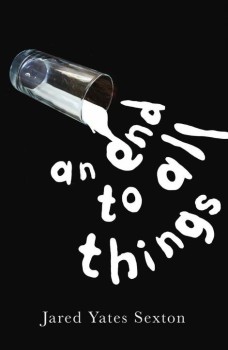 Apocalypse With Dimensions: An Interview with Jared Yates Sexton

“When I was younger I challenged myself to write things my family members might be uncomfortable reading, or things that could get me in hot water with people I knew”: Jared Yates Sexton on his collection, An End to All Things. 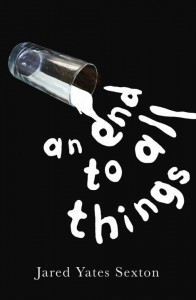 Book-of-the-Week Winners: An End to All Things

Our most recent feature was Jared Yates Sexton’s debut collection An End to All Things, and we’re pleased to announce the winners: Matt Dorville (@therealmattyd) Naomi Firestone (@NaomiFirestone) Will McClure (@WillMcClure) Congrats! To claim your free copy, please email us at the following address: winners [at] fictionwritersreview.com If you’d like to be eligible for future giveaways, please visit our Twitter Page and “follow” us! Thanks to all of you who are fans. We appreciate your support. Let us know your favorite new books out there!

Book of the Week: An End to All Things, by Jared Yates Sexton

Our newest feature is Jared Yates Sexton’s debut story collection An End to All Things, which was published by Atticus Books. Sexton received his MFA in fiction from Southern Illinois University, where he worked with writers Beth Lordan, Pinckney Benedict, Jacinda Townsend, Allison Joseph, and Rodney Jones. In the spring of 2012, he joined the creative writing faculty at Georgia Southern University. His stories and articles have appeared in numerous publications. He’s been nominated for two Pushcarts, the Million Writer’s Award, Best of the Web, and was a finalist for the New American Fiction Prize. He is also the managing […] 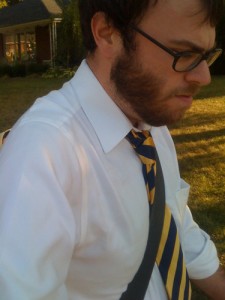 We’re All Pliable Creatures: An Interview with Jared Yates Sexton

Nick Ostdick sits down with Jared Yates Sexton to talk about his new collection, An End to All Things, as well as writing “Recession America” stories, gauging story arcs in terms of “how the plane lands,” and constructing new worlds.