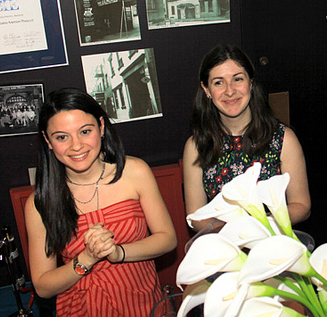 Slice magazine co-founders and co-publishers Maria Gagliano and Celia Blue Johnson discuss the highs of running their literary magazine, the origin of its name, what’s new at the magazine, and what’s to come.