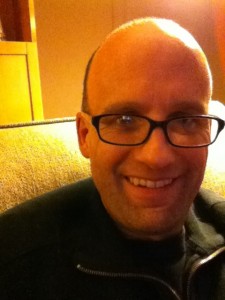 Coming Through in a Storm: An Interview with Peter Anderson

It wasn’t until Peter Anderson began commuting by train from Joliet for his job in the heart of Chicago’s downtown financial district that he unearthed perhaps the most valuable aspect for any fiction writer: time. Nick Ostdick speaks with Anderson about his debut novel, Wheatyard, and how he turned his scribblings during his daily commute into the beginnings of a literary career.