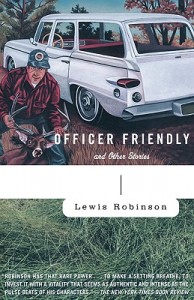 Anna and Rebecca have more suggestions for books to give (Part 2 of 2).

Books for giving, again and again. This bag functions like a secret handshake for readers. Those in the know will understand the words emblazoned on the front: “I would prefer not to.” Those who don’t? Well, they’ll just think you have a cool bag. Available from Melville House Books, these totes boast “enough depth to hold a six-pack” and help support indie publisher Melville House. What more do you need to know? (Okay, maybe this: the bag is also available as part of an “Occupy Wall Street” bundle with a copy of Bartleby, the Scrivener and David Graeber’s Debt. Says Melville House: “This chic tote sports […] 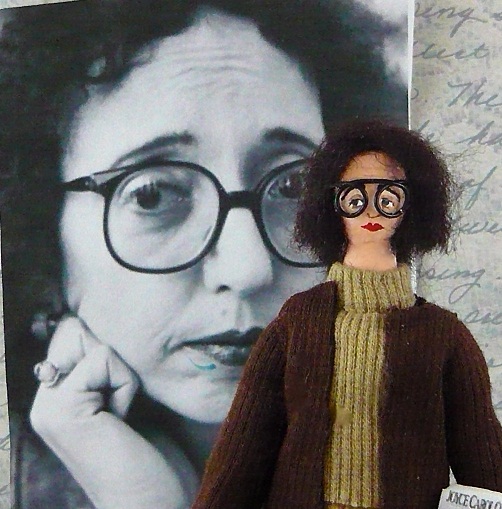 The literary blogosphere has been abuzz about these literary dolls, and for good reason: they’re simultaneously adorable, geeky, and creepy. Dollmaker Debbie Ritter creates handmade cloth dolls of dozens of authors–not just those you’d expect, like Herman Melville, Jane Austen, and Charles Dickens, but also authors you’ve probably never seen in doll form, like Sylvia Plath, Joyce Carol Oates, and Flannery O’Connor. Yes. In case you’re wondering, a fan posted about the Uneek Joyce Carol Oates doll to Joyce Carol Oates’s Facebook page. No response yet from Oates herself on what it’s like to see yourself in doll form… The […]

Here’s something to help a writer plot out a novel, organize notes or research, or brainstorm. Magic Whiteboards cling to walls or windows to create an instant, giant whiteboard. You can write on them with dry-wipe markers, wipe them clean, and reuse them as often as you like–and when you’re done, you can peel them off and store them for future use. Here’s a demo video: Available from Magic Whiteboard. And keep checking back here at the FWR blog through December 31–we’ve got three more great gift ideas to go.

Fiction writers in real life are not usually much fun to watch at work–we sit quietly in the corners of coffee shops or in cramped little offices, hunched over our computers or notebooks, quietly talking to ourselves or making faces as we block out our scenes. But in movies, fiction writers are glamorous, exciting, and even heroic. How about one of these movies for the writer in your life? Capote Stranger Than Fiction As Good As It Gets Miss Potter Adaptation Midnight in Paris Wonder Boys Becoming Jane The Hours Breakfast at Tiffany’s Atonement Finding Neverland At the very least, […]

Yes, Christmas is over, but Hannukah is still in full swing–and plus, you know there’s a book-lover you’ve forgotten to gift. We at FWR are here for you with bookish gift ideas through the 31st. So now we know why old books smell so good. But maybe you’d like to smell great, too? Demeter, which makes single-note perfumes in unusual scents–think Tomato, Bubble Gum, Apple Blossom, and even Dirt (which I owned; it smells just like wet soil)–offers a variety of products in its “Paperback” scent. Says the website: A dusty old copy of a Barbara Pym novel did it […] This holiday season, consider offering your writer-friends the gift of time–literally. And it’s available immediately, no waiting in line, for instant (and last-minute) gratification. Offer to take their laundry to the laundromat for them–or pick up their groceries, or bring them a takeout dinner–every weekend for a month, freeing up a precious couple of hours. And then do it. If they have kids, give them coupons for hours of free baby-sitting–and insist they take you up on it. If your friend is a freelancer, instead of buying a gift, “hire” her for an hour or two at her normal rate […]

If you’re looking for gifts today–whether for Christmas or Hannukah–you’re officially down to the wire. May we suggest Clibe, a new app that turns your iPad into a journal? Clibe allows you to type, doodle on photos, draw, annotate, and more to create virtual journals. Stored in the cloud (and therefore synced to your computer), these journals can be kept private, shared with friends, or published to the world. Here’s a screenshot from a cooking journal, but this could work just as well to organize research for your next story or novel: Clibe downloads from the iTunes store (no last-minute […]

I am a huge fan of the board game Trivial Pursuit. In fact, my friends tease me because I own six different versions. But I’d never heard of this one and therefore don’t have it–a problem that will soon be rectified. Perhaps you know a book- and trivia-lover who would enjoy it as well? Categories include Children’s, Classics, Non-Fiction, Book Club, Authors, and Grab Bag. Here are some sample questions, courtesy of book blog Necromancy Never Pays: Children’s: What novice Keeper is hailed as Gryffindor’s “king” after winning the Quidditch Cup? Classics: What fearless Prince of the Geats gets munched […]