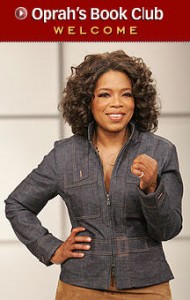 The End of Oprah

Oprah gave book publicists a collective fit of the vapors when she announced her show—and its high-profile book club—would be ending in 2011. Many fretted over the effects on publishing, calling it “a blow”: “Other than a book being turned into a popular movie nothing brings readers to a book like Oprah,” said Dawn Davis, editorial director of the Amistad imprint of News Corp.’s HarperCollins Publishers. […] “She brings a variety of readers to a variety of books. Her impact is immeasurable.” Another publicist mourned, “If it is the end of her daily talk show,we probably won’t see something else […] 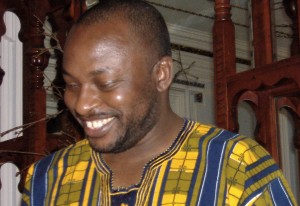 Don’t miss Oprah’s live webcast discussion with Uwem Akpan about his collection Say You’re One of Them this Monday, November 9th, at 9pm EST. The conversation will be simulcast on both Oprah.com and CNN.com, as well as on Facebook. Also be sure to check out Eileen Pollack’s wonderful essay for CNN.com about working with Uwem during his time at The University of Michigan, where he received his MFA in Creative Writing in 2006. In addition to discussing what it was like to have Uwem in the classroom as one of her students, she also describes how her initial hesitancy to […]

Writer-blogger Andrew Scott has started Andrew’s Book Club, which recommends two story collections every month, one from a mainstream publisher and one from an independent press; Andrew encourages all book club members to buy at least one of these two books each month, investing in twelve collections each year. His January picks are Lauren Groff’s Delicate, Edible Birds and Allison Amend’s Things That Pass for Love. Andrew’s Book Club offers a blog, a Facebook site, and a mission: to boost sales of the collections Andrew endorses; to boost sales of story collections, period; and to encourage discussion of the books […]